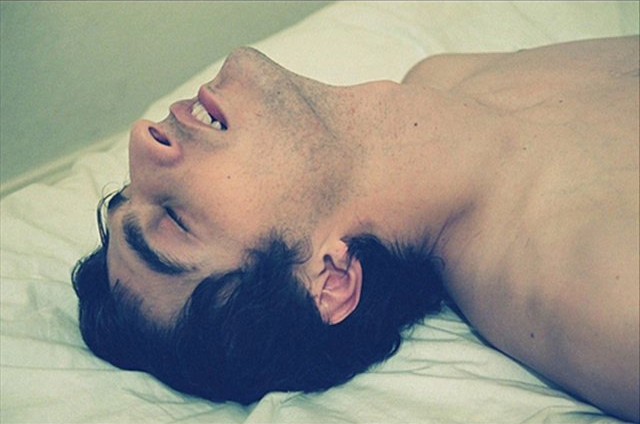 Stan was SO repressed it was ridiculous. He thought ANYTHING that had to do with putting something in his own asshole was “gay”. That always made me laugh. There’s no other GUY there. How is fucking your OWN ass gay? Anyway, I digress. I decided that it was time to turn on my persuasive charm and talk him into a little prostate stimulation experimentation!

He protested. A LOT. I teased him for being so prudish for someone so young. I taunted him and called him a chicken. Then I explained for the 53rd time that getting yourself off is not “gay” no matter what you play with while you do it. Finally, suspecting that his repression was SO strong because he was really secretly curious about putting something in his ass? I ordered him a top of the line prostate stimulator and had it sent to his house.

For days I was positively gleeful about my secret purchase. I couldn’t wait for Stan’s reaction when his unexpected package arrived in it’s non-descript brown packaging. It took 3 days to get there. For those 3 days I hammered Stan incessantly with information about prostate stimulation. It even has health benefits that have nothing to do with sexual enjoyment! He wasn’t trying to hear it. He steadfastly maintained that he would never. EVER. Stick anything in his ass, because he is not “gay”.

His refusal lasted until about the time that package arrived at his house. We were texting at the time, and he mentioned he just had to sign for a package. I laughed and told him to be careful, it might be a bomb or something! 😉 He was quiet for at least the next 20 minutes. Then I got a 1 sentence text: “Did YOU do this?” I squealed delightedly and hopped up and down, knowing that he didn’t spend the 20 minutes he was quiet just sitting there. He opened it. He looked at it. He’s curious about it. Yay! I know once I piqued his interest, he wouldn’t be able to stop thinking about it.

We got on the phone together. I listened patiently while he read each and every instruction that it came with, and finally ran out of excuses to stall. Time to nut up or shut up, Stan! 🙂 He decided to be on his back, and I squelched the impulse to scream, “Oh, so you want to get fucked missionary like a GIRL huh? That’s GAY!” and instead encouraged him to slather his new toy in lube. And slowly inch it into his eagerly waiting asshole. I smiled to myself, because he had to stifle a few gasps and moans just from having it inside of him.