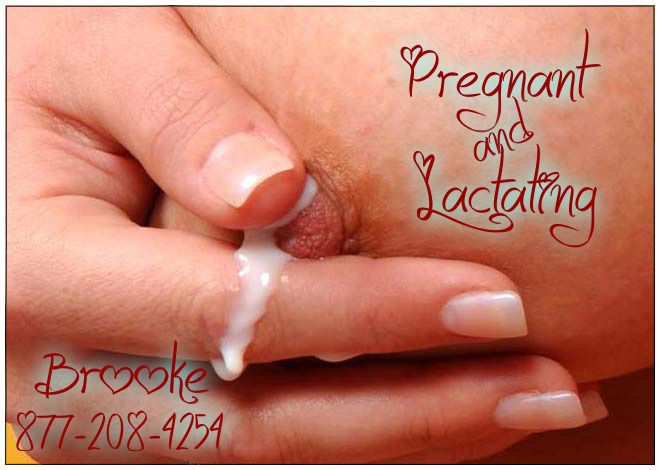 Who would have known being pregnant was so sexy!!

When I found out I was pregnant I was happy about it but some things worried me. Especially the changes my body would go through. I didn’t know how my man would feel about it and I was scared he’d find me less attractive. I wasn’t expecting the opposite to happen. He actually wanted sex with me more than ever. I was getting further along in my pregnancy and my stomach became round and firm while my breasts were filling with milk and I started lactating. I was surprised when I realized my lactating breasts were turning him on the most.

I was getting ready for bed when I noticed damp spots over my nipples and realized I was leaking again. I took of my pajama top and went to get a clean one from the dresser when Tom stopped me. He held me close and kissed me as he took me to the bed. Gently, he laid me down and his kisses went from my mouth down to my lactating breasts. He put his lips over my nipple, kissing it and the touch made me gasp. Since I became pregnant my nipples were really sensitive now and my breasts always felt so heavy.

He stopped for a second to see if I was okay with this and I cupped my breasts in my hand.

I moaned as I squeezed them, forcing drops of milk to leak out. “Lick it up.” I told him as I kept my fingers pressed down into the soft flesh. It was slightly tender to squeeze them but the way his mouth felt on my dripping nipples was amazing. I felt sexy and naughty in a way that I hadn’t happened since before becoming pregnant. As he stuck his tongue out and lapped at me, while his teeth gently tugged on my nipple my panties became a pool of juices as my pussy leaked in arousal.

It ached as his tongue brushed over it and I began breathing faster as he kept licking at the tips. He put one hand near the breast he wasn’t licking and I moved my hand away so he could touch it. He alternated each breast lightly pinching my lactating nipple as he put his mouth over my other one. Then he began sucking on it slowly, his lips moving my nipple up and down in his warm, wet mouth. My nipple leaked onto his fingers. Every now and then he’d take his hand off of my breast and caress my pregnant belly.  I could feel his hard dick pressing against me as his mouth began to move faster. He was making me feel so good about my body.

I ran my fingers into his hair and pushed him into my engorged tits to encourage him to keep going.

He slid my nipple out of his mouth and a little bit of milk from my lactating breast was on his lip. He licked it up and lay down beside me. I found it harder to ignore my throbbing pussy. I needed more. He pulled me close to him and was rubbing his dick on me, making it clear that he was ready to fuck. He’d had his fun though, now it was time for mine. I bet you’re dying to know what I did! Give me a call, I can’t wait to tell you.