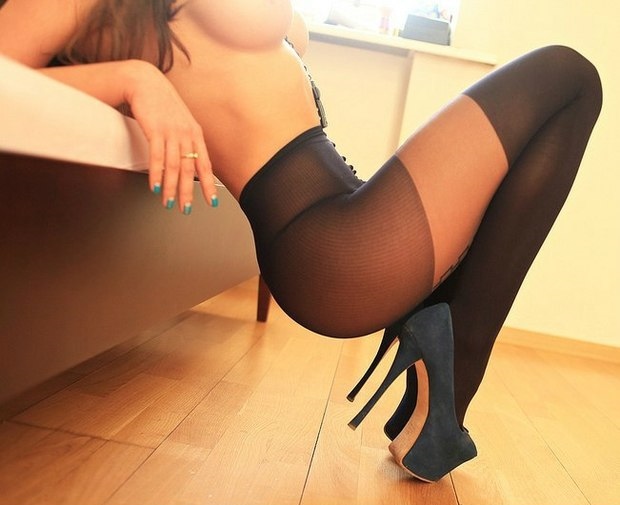 I came home late from work again.  This made the third time this week alone.  My boyfriend was sitting on the couch waiting up for me like a good little boy.  He had learned over the course of our relationship to stop asking where I was or when I was coming home.  The only thing he did know, was when I got home I would always have a special treat for him.

I walked into the living room and began to undress.  His eyes were gliding over my body.  I unbuttoned my tight little top and placed it on a nearby chair.  He licked his lips looking at the hickeys on my chest.  I slowly unzipped the side of my skit and let it hit the floor.  I stood in front of him in nothing but my pantyhose and heels.  He rubbed at his cock, the growth was growing uncomfortable in his pants.

Just as I sat down fully on his face, smothering him in my pussy, he came.  His load shot out like a bullet from his puny dick and I couldn’t help but laugh.  What kind of man would get off on his girlfriend fucking another man?  A fucking loser that’s who.