Who Pissed In Your Corn Flakes? 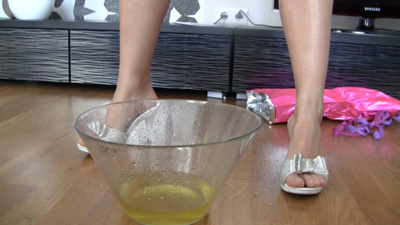 Everyone always thought Tom was a good boy, but I knew better. When I saw him sitting back hiding in the shadows at a club I love to go to, I decided to put on a little show for him. He was one of my dad’s friends and nothing turns me on more than an older man eyeing me like a piece of meat, ready to strike and take advantage of me. Or at least I like them to think that. 😉

It didn’t take me long to make it very clear the dance I was doing was for him, and as I got closer I could see the bulge in his pants. I sat in his lap and told him I wanted him to take me home. He picked me up and set me down as he stood up; grabbing my hand and taking me to the exit.

We got in his car and headed to my apartment. I started rubbing his cock through his pants. Whispering all of the things I wanted to do with him when we got back to my house. He started moaning and hitting the gas a little harder trying to get there as fast as he could.

Little did I know then it would be a recurring thing in our night together. He was so strong and dominating pushing me up against the door to my apartment kissing and caressing my body as I tried to get my keys out of my purse. as soon as I got the door open he picked me back up again, as I wrapped my legs around him he walked us into the bedroom. Making me giggle when he threw me down on the bed

. He started lifting up my dress as he licked and kissed his way up my thighs removing my panties with his teeth. I was so wet by now I was almost begging him not to stop, as he kissed and tickled at my mound. Then he moved up. He got on top of me and started to unbuckle his pants.

I was almost disappointed but, I figured he would make up for it.Then he shoved himself in. It was over so fast and he collapsed on top of me telling me what a great fuck I was. I laughed got up and headed to the bathroom. He could tell I was pissed off and offered to leave but I told him he should stay and we would drive back to the club and pick up my car in the morning.

We went to bed and in the morning I woke up before him, deciding he was going to make the night before up to me. I got dressed in my sexiest lingerie and heels and started banging things around in the kitchen until he woke up and came out. He sat down at the table asking for coffee and if I was going to make him breakfast. I poured some corn flakes in a bowl and put it on the table in front of him.

I climbed up and squatted over the bowl. I started telling him how pathetic I thought he was and all of the nasty things I thought of him as I slid my panties over and pissed into the bowl. I moved off the table on to the chair next to him and handed him a spoon.

I watched him eat every bite as I kept telling him what a loser piece of shit I thought he was. He finished and begged to make it up to me. I got up on the table and spread my legs. He pushed his chair in and I slapped him in the face. I told him I wanted him to see what an orgasm looked like, because I was sure he never made a girl have one. I slid my fingers down and over my clit working as he watched. Did I let him join? What would you do to please me if you were him?

Prove to me you aren’t a worthless little bitch and I’ll give you a special surprise!