Piss Drinking Wrestler – I Gave Him My Piss To Hydrate Him♕ 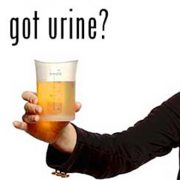 Piss Drinking Wrestler – I Gave Him My Piss To Hydrate Him

Piss drinking is the act of actually drinking someone’s piss. And some people are really turned on by it! Like, I found out that my wrestler friend really enjoys drinking pee. And I was very happy about it.

So, my wrestling friend had a show the other day. I show up in my shortest skirt and no panties to have easy access for him to fuck me whenever he wants. And of course, no bra and I made sure to wear a tight little shirt to show off my hard nipples. I could tell that he noticed when he walked by me and said “Ooooof!”

And I flip my hair and smile. I have done good and I could not wait until after the show to see him. And I could really tell that he was enjoying seeing me there in the crowd because he just kept looking at me and smiling. Oh man, he is sexy as hell.

He proceeds with his match and he gets his ass handed to him. But, it’s alright because as soon as the show is over I will take care of him. And so I watch the rest of the wrestling show and just think about the things I will do to my wrestler friend when it’s all done with. He comes out a few times after that and I just stare at him and that ass of his… an ass like Captain America, oof.

The show goes by pretty quickly.

So, I head backstage even though I’m not supposed to… my best friend owns the company so, I can kind of do what I want at times. Some of the guys stare as I walk past them and I head straight for my friend who was getting his regular clothes on. He looks so hot without a shirt on and I just stand there watching him get undress and dress.

He turns towards me and smiles and asks if I had fun and I say “I always do. So, are you coming home with me tonight?” Laughing, he grabs his stuff and slaps my ass, and says “Let’s go.” I get us a Lyft and take him back to my place as fast as possible.

As soon as we walk in the heads straight to my bedroom and flops onto my bed. I follow a trail of his clothing and shoes to my bed. He’s lying in just his underwear and I laugh because it’s so fucking cute how he just decided to get comfy. Then I get on his back and sit and massage him to make him feel better.

“So, what do you wanna do tonight,” I ask him. He says “Well, there is something I have been thinking about and would absolutely love to try with you.” Pressing down with my fists onto his back I ask “What is it?” Then he rolls over and takes me with him.

He then kisses me and jumps off the bed grabbing my hand and taking me to the bathroom. He strips down and I stand there just wondering what was going to happen. Then he sits down in my tub and says “Get undressed.” So, I obey.

He motions for me to come into the tub.

I step in and he puts my leg up on the side of the tub and he starts to lick my pussy. Pleasantly surprised, I just let him do what he wants. He then sticks a finger inside of me and says “Okay, now I want you to just piss in my mouth.”

I smile and start to pee into his mouth. Piss drinking! He wanted me to do that because apparently some athletes drink piss after they exert themselves and it’s supposed to hydrate you and everything. I was absolutely fine with this as I am a fan of piss play, myself.

He drinks up as much as he can and then stands up and pushes me to bend over and starts to fuck my pissy pussy. And of course, we fuck like always but this was a lot of fun!