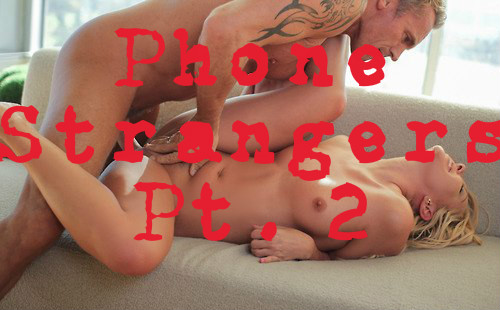 I immediately knew something was off, so I tucked my phone in my back pocket so he wouldn’t see it. “Is Evan here?” I said, hoping this was his roommate. The man replied, “Yeah he’s upstairs, you can come in.” I walked into the front door. It was a fairly large house. There were two side rooms, one to the left and one to the right of me. The room on the left looked like an untouched living room, so clean and together. The other room had a nice large dining table that probably held 8-10 people. “I wonder why he needs such a  large table.” I thought to myself. In front of me was a large staircase that went to the second floor. “You can come wait in the living room if you’d like, I think Evan’s cleaning up there.”

He walked past the stairs to the right, and I followed him. There was another living area towards the back of the house. This one looked like it was used. The TV was on some sports channel. There were a couple of glasses on the coffee table too.

I sat down on the large leather couch and was silent for a second until the man started talking.

“You’re Blair right?” He asked. “Yeah, that’s me,” I responded. “Evan’s told me a lot about you. Said he met you at the bar a few nights ago. Mentioned you were really pretty but I wasn’t expecting you to be this beautiful.” Was this dude hitting on me? When I’m clearly here to sleep with his friend? “Oh, well thank you!” I felt a little weird, but maybe he was just being friendly. I’m good about taking things the wrong way. “Does Evan know I’m here?” I asked. “Yeah he heard you knock, he should be down soon.” “Just making sure,” I said, laughing a little bit because I was starting to get uncomfortable.

He moved a little bit closer to me on the couch.

“I’m sorry, what’s your name?” I ask. “Nathan” He responded. “Well Nathan, sorry if I’m wrong here, but I get the impression you’re trying to hit on me.” “Like I said, I wasn’t expecting you to be this beautiful.” He said, putting his hand on my leg. “Look, Nathan, can you just go check on Evan? It’s been almost 15 minutes. It doesn’t take anyone that long to tidy up.” I was starting to get really worried.

He put his hand on my neck, looking me in the eyes. “You shouldn’t be worried about Evan right now.” He started kissing on my neck. I tried to pull away but his grip was so tight. “What the fuck do you think you’re doing dude?! Get the fuck off me!” He had such a good hold on me. Biting on my neck and smelling my hair. “Seriously! Get the fuck off!” He was forcing himself on top of me. Grabbing my breast and ripping my shirt off. I started to scream “HELP ME!” But he put his strong hand over my mouth and told me to “shut the fuck up bitch. Evan can’t hear you”

As he was trying to rip my clothes off I stuck my hand behind me and grabbed my phone. I tucked it into the couch. I knew if he had found my phone he would have taken it, and I needed that to get me out of this. “If you keep fucking squirming, I’ll knock your pretty ass out. So be still bitch.” He pulled my skirt off of me. I couldn’t find back, I couldn’t scream, I couldn’t do anything. So I just laid there.

He started rubbing on my pussy from outside of my black panties.

Grunting and breathing very hard. He looked up at me and shoved three fingers in my pussy. Thrusting them in and out of me as I was crying with his hand over my mouth. I heard my phone vibrate in the couch, but luckily he didn’t hear it.  The guy took his fingers out of my pussy and started to pull his cock out of his pants. He took his cock and shoved it straight inside my pussy. He was fucking me so hard, it was like he couldn’t control himself. Then he moved his hand from my mouth and I started moaning. It was started to feel really good, his cock was really thick. He grabbed onto my hips and but his knees underneath me so he could thrust his cock into me really hard. It didn’t take him long to cum inside me.

Once he was done he pulled his cock out and zipped his pants up.

“Goddamnit, you’re too good not to share.” He left me there, lying naked and sobbing. Once I was sure he was out of the room I grabbed my phone and texted my roommate with the address and a message that said “911 I’m at this address and I’ve been raped. Don’t call the police just get here now!” I was hoping her phone wasn’t off and she wasn’t asleep already. If there’s just this guy here, I and Aileen could take him. But just as I had that thought I hear 4 different men’s voices. There’s more here. And they were getting closer to the room I was in. I quickly shoved my phone back into the couch and as I did Nathan and 4 other guys walked in…. I then knew what he meant by sharing me….

Find out what happens with those 5 guys in phone strangers pt. 3

Until then, let’s play 😉