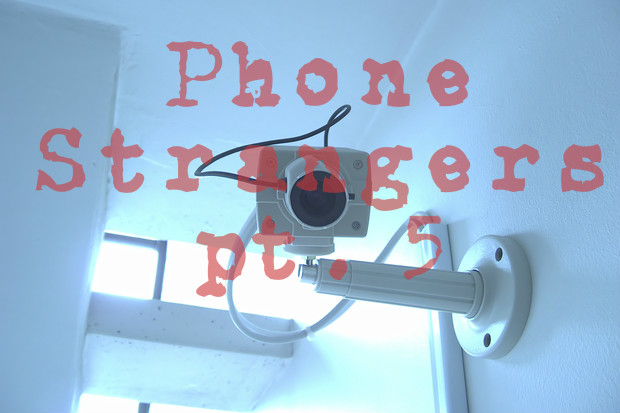 As soon as I heard Aileen scream I went into panic mode. Where was this girl?

“What could they be doing to her up there?” I thought to myself. Didn’t have an answer, So I decided to go find out. I crept around to the corner of the steps and started walking up to them. Didn’t hear anything as I was coming up the steps and It scared me. Once I got to the top of the steps I realized it was a very large top floor. I immediately saw seven different doors. I didn’t understand why they needed this large of a house but I was going to find out. Was unsure which room Aileen was in but the only way to find out was to look. Went to the first or immediately in front of me and pressed my ear to it to see if I could hear anything.

I heard quiet whimpering but I didn’t hear any men’s voices so I decided to turn the knob and open the door. What I saw when I open that door was something I did not expect to see. There is a girl about 16 years old lying there, blood on the sheets. She was all tied up and her eyes had a blindfold over them. “Wh- who’s there?” she asked. Shaking, you could hear the fear in her voice. “I’m not here to hurt you,” I said.

She must have recognized the female voice and immediately started crying. “Please help me!” she begged

“Please! I don’t know who these men are and they have me trapped in here and I’ve been here for over a week.” I noticed the camera directly pointing at the girl so I didn’t walk into the line of sight. “I think they’re watching you,” I said “I need to be able to not get caught so I can’t come over there and get you just yet. Hold on for Me OK? I’ll come back to get you as soon as I find out how to shut off the cameras. You said you’ve been here for a week do you know anything about any of these other rooms?” I asked.

“When I first got here and they took me to this room and I saw a door cracked open with several computers in it.” She replied “I think it was in the far right corner. “ “That’s perfect! I replied I’ll be back to get you as soon as I can okay please hold on.”

I crept out of the room that I was in and looked to the right. Then I saw the door that she was talking about. Since the hallway was so dark I could see all the light Illuminating underneath the door.” that’s got to be it” I said to myself.  I walked up to the door and put my ear against it. I overheard several men talking about the different girls in different rooms. apparently, all the rooms were full. Which was probably why I was kept downstairs. I couldn’t get in the computer room now and I had to think of a way to get them out of there for me to get in there to shut off the cameras.

Then I had an idea. I went back into the room with the sixteen-year-old girl in it

” it’s me again,” I said to her ” they’re all in that computer room and I can’t get in there but I have an idea of how to get all of the men out. I’m going to need you to do something for me, okay? I’m going to throw you my wine key. I want you to take it and take the little blade on it and try to cut yourself out of your ropes. Once they see that you have a way to get out they’ll  all leave the computer room and I’ll be able to get in there really quickly and shut down the cameras. Can you do that for me?” ” If it gets me out of here I will do anything I don’t care if they hold me down and fuck me over and over again like they did today. I will help you.”

I slid the little girl my wine key and it landed directly in her hands.” I’m going to go hide so I can get into the computer room as soon as they leave okay? Good luck.” she was almost out of the ropes in her hands when I left the room. I went down the hallway and opened up the door next to the computer room. When I turned around I saw another girl. She was laying on this metal table unconscious.

I needed to get these girls out.

A few minutes went by and I heard one of the men say “What the fuck?” I cracked the door slightly to see all of them rushing towards the room with the little girl. I cracked open the door and looked into the computer room. Terrence was sitting there still staring at the computers. There was some rope laying beside the door and I crept in slowly. I took the Rope and I put it around his neck. It was so tight that he couldn’t scream. I took a few more pieces of rope and put them in his mouth on his hands and his feet and I threw him in the corner and locked the door. I looked at all of the Monitors. There were several women in the different room.

I watched as those men ravaged that sixteen-year-old girl.

I saw one of the men leave the room and I started to panic he was probably coming back here. Then I heard the door knob jiggle as he tried to get in ” Open up the door, Terrence.” The voice said.

Then I saw the gun on the table with the computers on it and I grabbed it. I held it to Terrance’s head and I got down next to him and I said ” you fucking tell them that you need some privacy or so help me fucking God I will blow your goddamn brains out.”  he nodded like he understood. As soon as I removed the rope from his mouth he started screaming ” that dumb blonde bitch is in here” and before he could finish his sentence I took the gun and I hit him so hard on the head that he went unconscious.

Find out what happens in pt. 6

Until then, let’s play with some Teen Phone Sex!