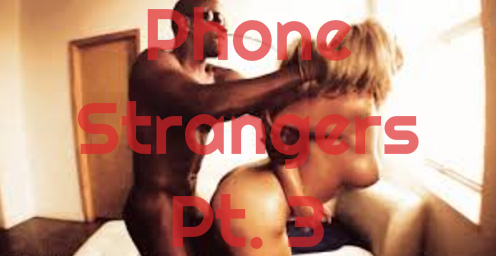 When Nathan walked in with the 4 other guys, he had his phone out. Taking pictures of my naked body lying there in fear.

“What kind of sick fuck does this kind of shit?” I thought to myself. I was terrified. Could tell by Nathans demented laugh when he took that picture whit his phone that he was psychotic. Showing the other men the picture with a smile on his face. Like he had just shot a picture of his niece on the playground. So proud of it.

I was trying to hold back my tears at this point. I knew begging and pleading wouldn’t work with men like this. Had to figure something out. I started looking around to see if there was anything to give me ideas. One of the men shifted and I got a glimpse into the kitchen. On the counter laid a gun. Some kind of pistol, Maybe a semi-automatic. Once he shifted back our eyes met. You could tell he had a hunger for me. Looking at me laying there naked. He loved it. And I turned away as quickly as I could.

Nathan was talking to this big black man about something, staring at me the entire time. When all of the sudden Slave by Britney Spears comes on. My heart starting beating even fast than before because that was my ringtone. I must have hit the volume button on my phone by accident when I texted Aileen. It continues to play and then men look confused. They start looking around for where it’s coming from. Until Nathan looks directly at me and says “That bitch has a fucking cellphone on her.” “You didn’t search her?” The big black man asked. “Terrence, when I was ripping her clothes off nothing, fell out. I assumed she didn’t have one.” Nathan was getting defensive. “Shut the fuck up, the girls mine now Nathan,” Terrence replied.

He walked towards me and reached behind my head and grabbed my phone. Then he unlocked it and looked at who called me. He looked at me. Stuck his hand out to give the phone to Nathan. And said “Find out who Aileen is. Now! I want all of you out of here.” Nathan grabbed the phone and left with the 3 other guys. Terrence stayed, towering over me with his dark strong body.

He had a smirk on his face. He bent down near my ear and whispered “You can’t hide anything from us Blair. So stop being a troublesome little cunt and behave” He grabbed my hair in his huge fist and he jerked me off the couch. It was so sudden and had so much force that I screamed. And before I could even finish my scream he backhanded me across my face so hard that it shut me up.

I could feel my face getting swollen, and I tasted blood in my mouth. “Keep your fucking whore mouth shut bitch or it’s going to be a lot fucking worse.” He grabbed my hair again, in the same spot. It hurt so bad but I kept quiet. He lifted my head up and slammed it into the hardwood floor. I heard him unbuckling his pants and pulling out his cock. With his hand still putting a tremendous amount of pressure on my head, he grabbed my body and turned it so my ass was in the air. I felt his cock poke up against my asshole.

One thrust was all it took for him to shove all 9 ½ inches of his cock into my asshole. Terrence was so aggressive. Every Time his cock slid back into my asshole he would put more pressure on my head. The only thing I could hear out of my one open ear was his balls slapping up against my pussy. And the occasional “fuck” Coming out of Terrence’s mouth. He kept pounding me. Harder and harder. Between the extreme pressure put on my head and my little virgin asshole being fucked by a huge black cock. I started to lose consciousness, everything was fading to black. Until we hear the front door open.

Terrence didn’t stop immediately. But then we heard a girl’s voice screaming “Let the fuck go of me you disgusting pigs!” And I knew exactly who it was. It was Aileen. Terrence pulled his huge black cock out of me and stood up. But I couldn’t hold on any longer, and I passed out…

Find out what happens to Aileen and me on the next installment of phone strangers.

Until then, let’s play 😉