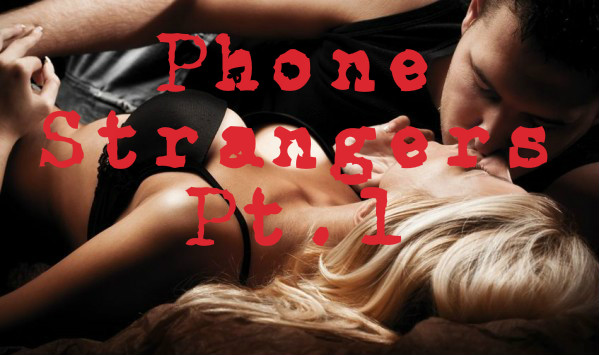 It was late one Friday night and I was just playing on my phone.

My plans had fallen through for the night. So, I was stuck in a never ending surf on my phone to find some new plans. After searching for what felt like hours. I decided to give up, there was nothing going on that night. No parties, no bar crawls, none of my friends mentioned doing anything. So I threw on a movie, washed my face and took most of my clothes off and climbed in bed. I was just going to chill out this Friday night. Relax, watch a movie, and play some games on my phone while my cat cuddles on my chest.

I actually came to terms with staying in. I thought to myself that ‘maybe this will be good for me, some relaxation’ (I was really just trying not to throw a fit over not being able to go out and drink.) Then I really got into it. Surrounded myself with pillows and had a hot cup of tea on my night stand. I was loving it! *buzz buzz* My phone vibrated. Excitedly I checked to see if it was one of my friends telling me about this awesome party going on. It was definitely a text, but from “unknown number.” How does an unknown number show up in texts?! I was confused but blew it off. “It’s probably just a fucking app,” I said to myself.

I open up the text and all I see is 3 little letters. “Hey.” Kind of bored anyway, I responded back with a simple “Hey, who is this?”

Immediately after sending it the 3 dots popped up telling me that he was typing. “It’s Evan, the guy from The Tavern the other night. This is Blair right?” I ran into a few guys that night at The Tavern, but I didn’t remember anyone being named Evan, or even anything with an E. But I was drunk, so I easily could have just forgotten it. I respond “Hey Evan! Yes, this is Blair. Your number shows up as unknown so I couldn’t guess who this was lol! I had to ask this, but which one were you? I was a little *off* that night lol ;)” Just like before the dots popped up almost simultaneously with me pressing send. My phone started to download an MMS message. It was a picture of him, kind of a weird angle and his eyes were closed. But I definitely remember who he was.

“I totally remember you now, ugh! My bad! You were the cutie I gave my phone number to 😉 Getting into anything fun tonight?” I was hoping this was the way out of the house tonight.  “Send me a sexy picture of you so I know it’s you and not some different chick!” He responded.

I sent him this picture 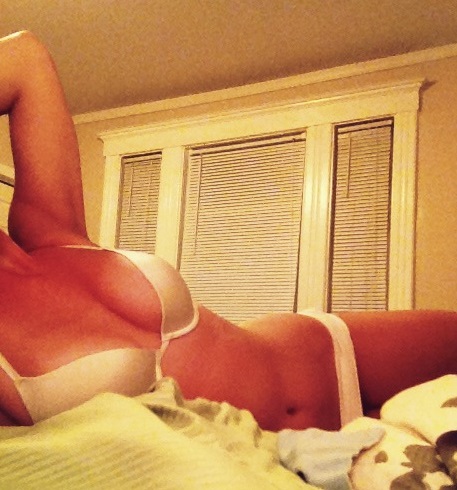 “Yeah you’re definitely the girl I remember and damn do you look fine as hell. I was actually hoping to get into you tonight. If that isn’t too forward (;” It was pretty forward, but he was really cute and I had been looking for plans the entire night. I texted him back “Just give me your address Evan and I’ll be there shortly ;)” I always loved being down for everything. That always seemed to impress the boys.

He sent me an address that was about 25 minutes from my house. I pushed my cat off me and got out of bed. I put my cute matching black lace bra and panties on, and threw on a fairly short skirt, and my favorite pink blouse. Then I get down to my car and input the address. The further I drive the more rural the area gets. “He didn’t seem like he would live out in the country,” I said to myself, looking around.

I finally get to his street and there’s only one house that I can see from where I am. “That must be it.” I pull into the driveway and get out of my car. I walk up to his front door and knocked. I waited for an answer for awhile and then knocked again. This time someone answered, But it wasn’t Evan…..

Until then, lets chat!