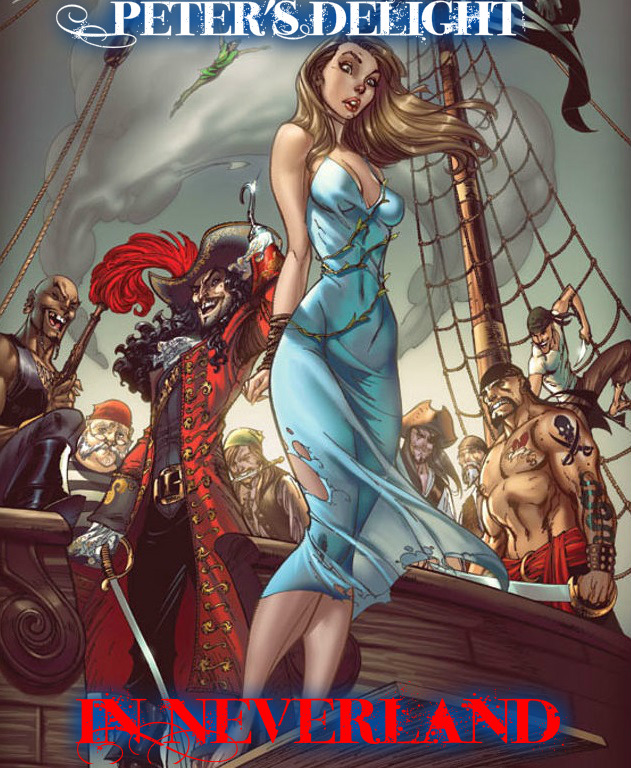 Peter had just rescued Lily from the near death experience she endured at the hands of those dastardly pirates, but, she’d made it out alive.  She had attempted to jump Peter’s bones after he saved her and kissed him deeply in front of his woman, Wendy. So?  Lily had no way of knowing that her rescuer had a chick! She was overcum with joy at being safe and alive. So, she’d made an immediate enemy of Wendy. And from what Lily gathered, Wendy was a bit of a “head-case” anyway, so best to steer clear of her!

Wendy was a darling…in more ways than one! Her actual last name predisposed her to a life of lovemaking…Darling. Wendy Darling…Had a bit of a ring to it though, I must concede. LOL. Wendy would do almost anything to get and keep Peter’s attention. She never seemed to suspect Peter’s tendencies to “pinch hit” for BOTH TEAMS…How could anyone miss that??

Wendy had a thing for Peter that wasn’t quite reciprocated, but she seemed oblivious to that small fact! She had decided to break his will by taking every man around him. Surely he could see how desirable she was, right? No. Not so much.  But, Peter, being a bit of a voyeur certainly never let her know it directly. What fun would that be? He just loved watching Wendy stretch that little pussy trying to get his attention.

She tip-toed down the hall of Peter’s house to his suite of rooms and saw the door standing slightly ajar.  She didn’t know why, but she had to take a peek before attempting to knock…Suddenly, Wendy knew exactly why Peter had spurned her advances…and why there were no girls to speak of on the island! He was getting his loving from the Lost Boys and Pirates and occasionally he found his way to some pussy; but, clearly his main focus was on dicks and ass, not pussies and tits!

Right then and there, Wendy decided, she could never give up on Peter, or trying to gain his affections. She instead gave over to her feelings of excitement in seeing him with men.  He was even MORE perfect than she had first thought! What woman couldn’t enjoy a man, or two in her bed? And better still, if she could have more than one AND get to see them in action together and ravaging her? Oh, HELL YEAH!