Playing With My Personal Humiliation Slut!* 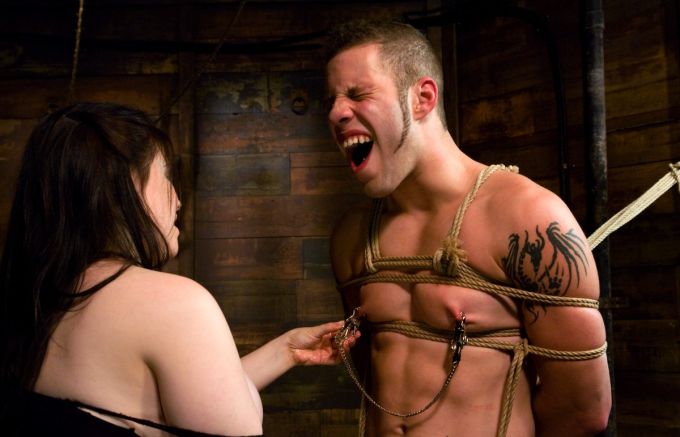 Playing With My Personal Humiliation Slut!

Terry is my personal humiliation slut and he is so much fun to play with; he’s a humiliation slut with a love for panties and is turning into one well-behaved sissy. He’s been getting better at turning into Teri and has gotten into the habit of shaving his legs and painting his toenails. I’d love to get him to the point of being seen in his full sissy outfit in public but that will take some time.

I’ll just have to keep working on him. Nothing says Sexy Lady like a brand new set of lingerie so we went on a little shopping trip. I took him to a lingerie store that specialized in naughty and kinky and started looking around. I picked up a couple of items, slowly making my way to the back where a sales lady was tidying up then grabbed a pair of black crotchless panties.

Then I held them up to my humiliation slut and said: “What do you think of these?”

He blushed and stared at the ground while the lady looked at us. “They’d feel so good on you,” I said and knew she was listening to us. “What about these ones?” I said, picking out a red lace pair. “They would look so good on you.” He took them from me and I flicked through the rack until I found a matching bra that had a little bow between the cups.

He was into it and was all excited, as he looked at the lingerie, holding it against his body as he looked in the mirror. He noticed the lady watching him and he quietly said to me “I want these ones.” I pretended not to hear him and made him say it louder so she could hear him. He’s so embarrassed, but he really wanted them and said it louder. I put him out of is misery and took him to the checkout.

We went back to my place and I made him show me how good he was at becoming my little humiliation slut. He undressed and I saw that not only were his legs shaved, but he was now doing under his arms too. The good boy even had his toenails done in a soft pink color. “I want your toes bright red next time and shave your arms too,” I told him. Knowing that those things would be harder to hide from people. “Yes, Miss,” he said and began to slip his new lingerie on.

The panties slid up his legs and his dick twitched at the feeling, making the panties bulge out the front.

He then put on his matching bra and began stuffing it with tissues until he was looking more like Teri. “Don’t you look sexy?” I said, teasing him as he began rubbing his hands over his ass so the panties slid over him. I got out my makeup bag and he kept touching himself while I worked on his face, turning lips dark red and making eyes dark and smoky.