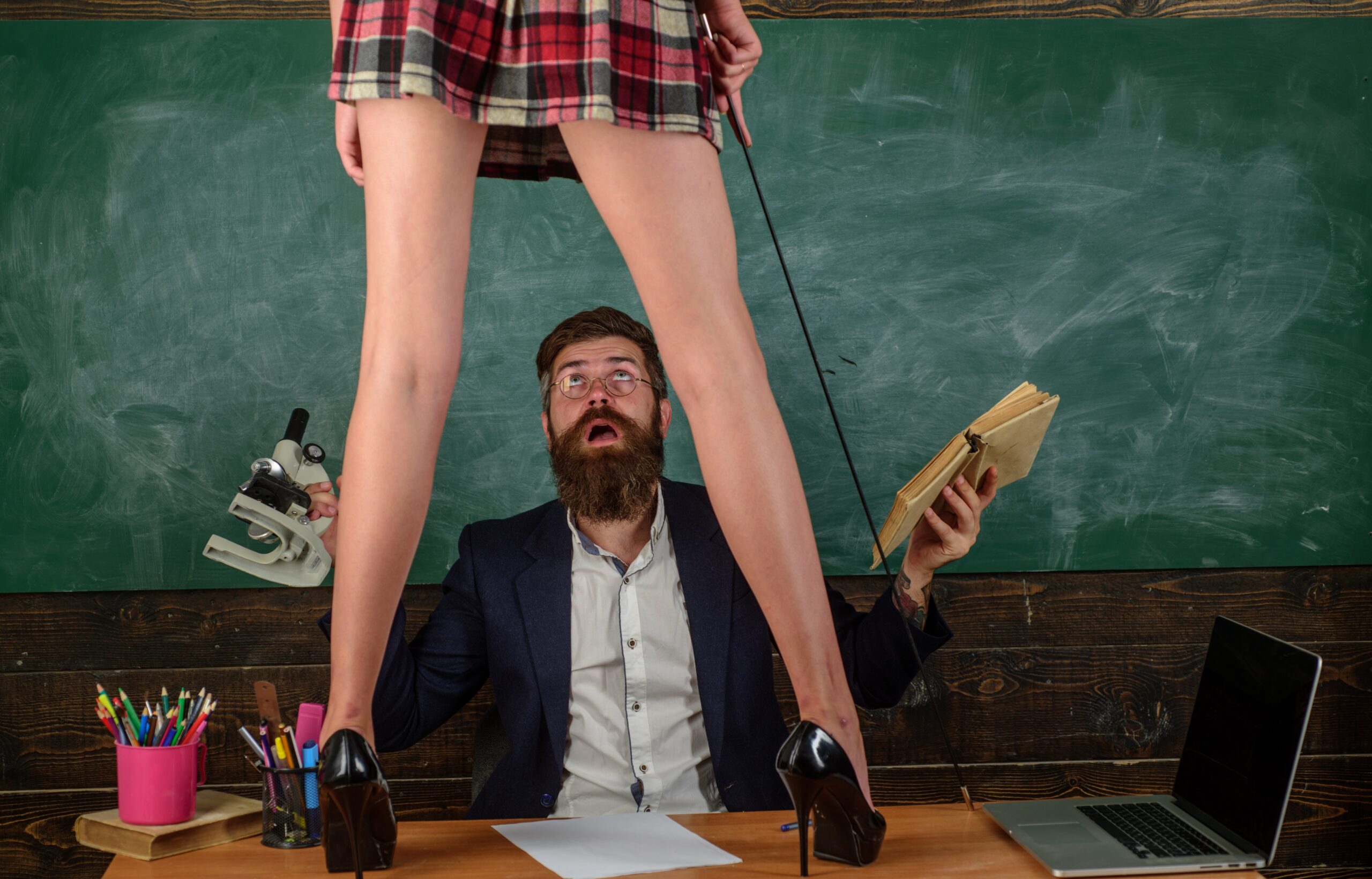 Then I went to move on to the next video but he stopped me.  “Let’s watch this for a bit,” he said and I looked at him trying to figure out how he really felt about it.  He couldn’t take his eyes off the screen and I started to get even more turned on.  I knew he had found a new kink and let him finish the video then fucked his brains out.  A few days later I decided it was time to go buy a new toy!

A little later, we were making out when I said that I wanted to try something different today.  He knows I like to try pretty much everything when it comes to sex and he said, “Sure sweetie, whatever you want.  You know I’m up for anything, as long as it’s with you.”  I reached under the bed and pulled out the strap-on that I had just bought, showing it to him.  “I saw how much you liked that video so I got this for you.”  Then I put it on and he began to get on his hands and knees.

I hit his prostate and he let out the sexiest groan ever!  Loved hearing his pleasure, knowing I was the reason for it.  I kept going faster as his groans got louder and he begged me not to stop.  He got a look of pure bliss on his face as I hit his prostate hard and fast.  I could see a ton of pre-cum leaking out of him and sliding down his head.  I wrapped my hand around his dick and began to jerk him off in time with my thrusts.  Then I felt him swell in my hand and a second later he shot his load farther than I had ever seen it go before.