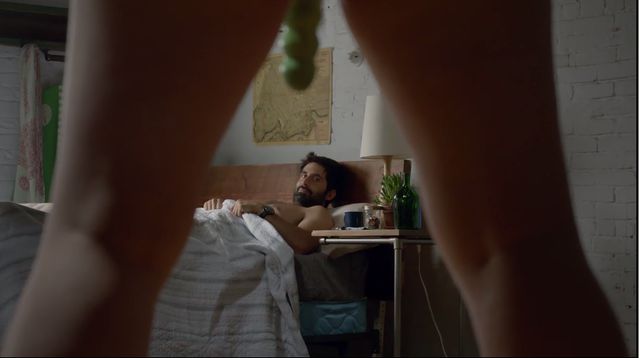 A few weeks ago, I was giving my boyfriend head. He was on his back, and I was sitting between his legs. As I bobbed up and down on his throbbing cock, making him moan, sneakily slipped a finger into his tight little ass. At first, he tensed up, gasping and anxious, but when I pressed gently against the little bump inside him, he moaned loudly. He started bucking his hips as if he couldn’t control himself.

“You like that, don’t you baby? Having my finger in your tight ass?” He blushed and nodded his head. I leaned down and pulling a box out from under the bed. His eyes grew wide as he saw me put on a strap on. It wasn’t very large, maybe 6 inches long, and 2 inches around, and it was pink. But still, he looked almost petrified. Nonetheless, he watched as I slowly squirted lube onto my fake cock, stroking it gently while he watched. His eyes were so dark, you could see the nervousness on his face.

His eyes opened surprisingly wide, and he groaned breathlessly as I slowly but surely pressed further and further into his ass. Once I was buried deep inside him, I leaned over him and kissed him hard on the mouth. He melted into me.

“Just hold back as long as you can, baby,” I responded, my voice horse and heavy with lust. I started slowly moving my hips back and forth, rubbing firmly against his prostate with my fake dick. He grabbed my arms, clinging to me, groaning helplessly as I fucked him.

Would you like to know what happened to my sweet little boyfriend next?