Pathetic Little Slave: The Joys Of Enslaving My First Man 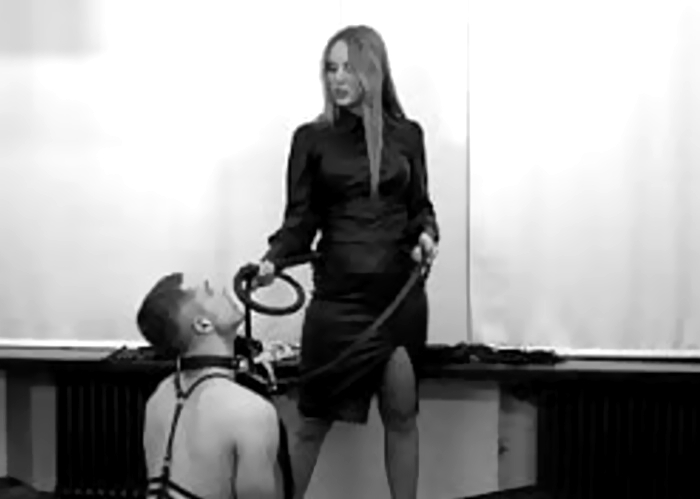 Let me tell you about how I enslaved my first man. He’s a worm and a wretch who threw away his freedom when I caught him stealing – and he’s been my very own pathetic little slave ever since.

A couple of years after university, I worked in a big city office in London as a manager. We often kept cash on the premises. However, a hidden camera hovered over the cash drawer.

One day I noticed that an envelope containing the petty cash was missing. A quick camera check showed that a newish nerdy guy called John was the guilty party. Nerdy John sweated buckets as I showed him the evidence. He begged me not to call the police. I told him that I’d not only see him in court, but I’d make sure that his next job was flipping burgers or sweeping the streets.

I’ll Do Anything… Oh Yes You Will, Slave!

His pleading irritated me and I told him he would do everything I wanted – or leave the office in handcuffs. He bowed his head, knowing I had him in my power. “I have a friend who’s a transvestite, perhaps I’ll make you suck ‘her’ cock…”

He went white with shock. Then he begged to be allowed to please me instead. The office almost empty, I ordered him to go and wait for me in the ladies’ loo. He hated the idea but had no choice and I let him suffer for at least twenty minutes before I went in after him. I was enjoying making my pathetic little slave squirm.

A few hard bitch slaps were enough to convince him that he really did want to lick my pussy. I led him into one of the cubicles and forced him to his knees. Grabbing a handful of his hair, I twisted cruelly and forcibly introduced him to my wet cunt.

John wasn’t really skilled with his tongue. So, every time he failed to please me I slapped the top of his head. When this didn’t motivate him I ground my stiletto heel into his groin and reached down to twist my pathetic little slave by his nipples. “Lick me properly you thieving little maggot!”

He was too pathetic for words! So, I pushed him aside and finished the job with my fingers. Once done, I slowly and deliberately wiped my dripping wet fingers across his face. Then I pushed them deep into his mouth, stripping away any dignity he had left.

I believe that crime should never pay so I set out to systematically punish John and make sure that he was never tempted again. Every Wednesday and Friday I made him work late. I started his corrective training by bending him over my desk and fucking him with a strap-on. I made sure I pegged that pathetic little slave of mine into submission.

From that night, John was my pathetic little slave. I opened a deep submissive streak inside him and he was my property. The following day I took him shopping for women’s underwear. I made him wear a complete set to work under his suit every single day. But I’ll tell you more about how I trained John another time. And my slave market visit…

Could YOU be John? Call your favourite English girl for some humiliation phone sex.