Panty Boy Dresses up in Crotchless Panties to Get Fucked 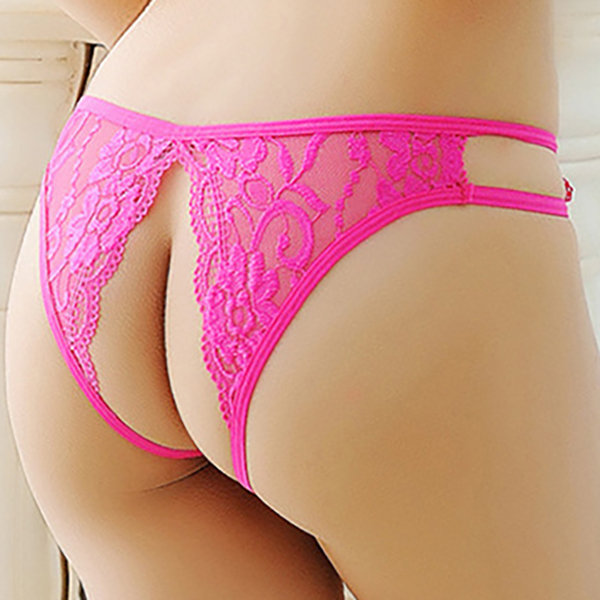 A panty boy who loves to dress up.

Panty boy fetishes are so much fun to play with! I have a little slut that I like to play with from time to time, and he’s a total panty fetishist. He loves wearing them, and he loves wearing mine even more! He gains a thrill from wearing my creamy, messy, second or third-day panties. The smell of them excites him, and he adores how warm and creamy they can get. Sometimes we take the games far and branch out into all kinds of play. Last time, I dished out a strap-on punishment that left him and his panty-boy ass sore for days! Of course, he’s always up for the challenge and wants to take anything I’ll give him. That’s why he became such a loyal little fetish phone sex slut.

And, of course, I love to take care of my subs and bitches. So, we play with every naughty little kink that pops into his mind. Last time, I really got to go rough on him, though, and it all started with a pair of panties. I let him explore my closet and lingerie drawers to start with. His curious eyes scanned each section of it, and he picked out a cute outfit to try on. He withdrew a lace, pale pink slip that had a push-up bra built into the cups. The lace floated beautifully down from the cups, loosely. He also separated a pair of pink panties to match, but I made him put it back. Instead, I took out a pair of crotchless pink panties. He waited patiently, but his eyes lit up when he saw them, a true panty-boy.

He was a little slut for it.

Instantly, he fell in love with those panties. He yearned to try them on, so I let him have at it. Then, as he finally donned his beautiful lingerie, he wanted the accessories to match. I picked out a set of black stiletto heels for him, the kind that ties at the ankles with little, delicate straps. And as those heels made his panty-boy ass perk up and poke out. He loved them. And of course, we couldn’t stop there. The show must continue! I went from making him try those on to doing his makeup and hair extensions. Soon, he was a pretty blonde bimbo, dolled up in pink lingerie, with bright red fuck-me lips.

He was all dolled up to be my slut, and that’s where the fun began. My panty boy was ready, so he obediently bent over the bed as I called for him to assume the position. With his ass up in the air, and his cheeks gloriously separated by those crotchless panties, I came up behind him. I delivered a harsh slap at his cheeks, making him flinch but instantly beg for more. He loved it! He craved more! Slap, SLAP! My hand collided with his cheeks and made them bounce. The sting reverberated through his body as he moaned in pleasure, and we hadn’t even begun the real play!

The toys were next.

I gave my panty boy a second of peace as I grabbed the toys. Promptly, I returned with a vibrating pink butt plug. I picked a solid, pale pink butt plug with a jewel-encrusted flared base. As he saw it, his eyes lit up again. The crystals glistened as I went behind him, lubing it up just enough to slide it between his cheeks. I pumped him full of it and then withdrew it, making a game out of fucking his little asshole and making it pucker up. The more it vibrated, the more excited he grew, begging for bigger toys. Of course, I had to oblige!

I swept up the thicker strap-on cock I had laying around. But first, I prepared his panty-boy ass, lubing it up as he gave it a little wiggle for me. He was so perfectly dolled up, with his blonde hair streaming down his shoulders and the cute pink lingerie on display. I should have made him pose for an entire photo shoot right then. He was yearning for it and hungry. Finally, I sank the strap-on into his little sissy ass, and his moans filled the room. But the night was far from over, and the toy selection too!