Panties Aren’t Just For Girls Anymore Boys Wear Them Too!* 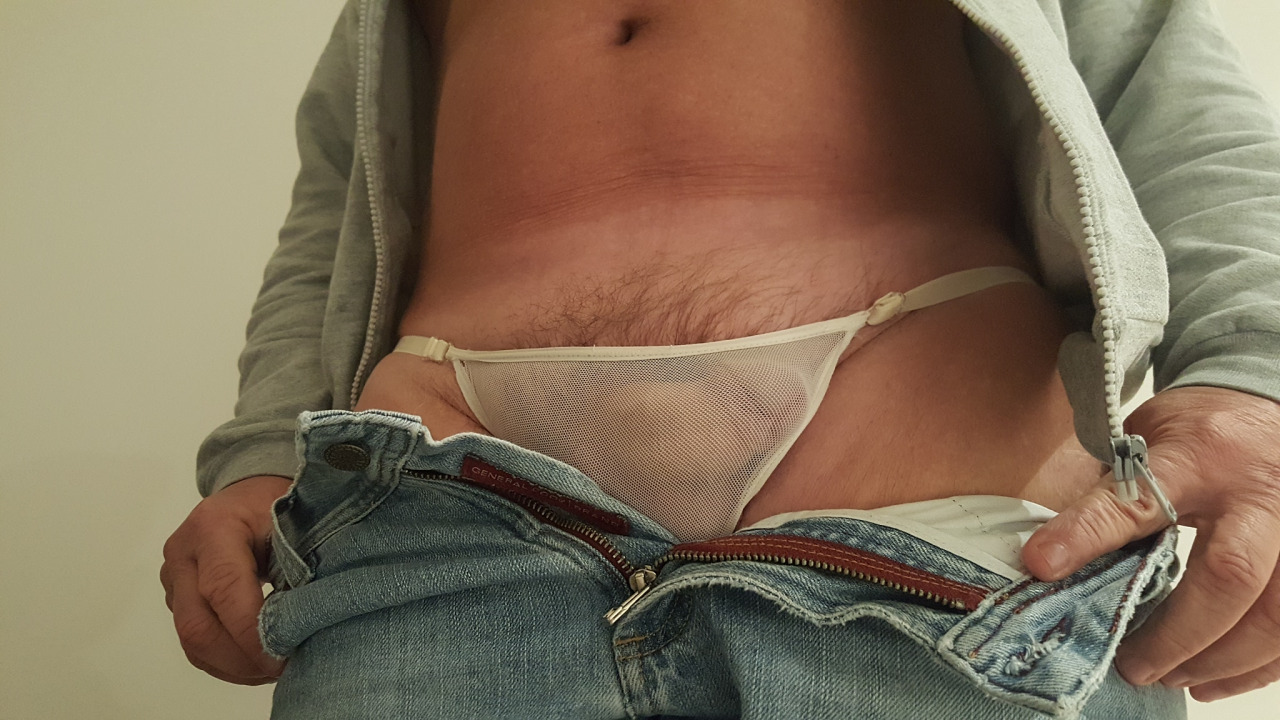 Panties. When a guy is wearing them I know I’m going to have some fun and be amused and entertained.

Panties silk and lace it’s not just girls who like dressing up, there are some boys who enjoy it even more than we do. They hide panties, slips, pantyhose, and bras in the back of their closets and only wear them when they’re alone.

They get excited and their dicks get hard as the silky fabric slides over their skin and deep down they know it’s wrong to like it but that’s part of the appeal. It’s even more shameful when they have an audience and I was in the mood to be entertained.

I told Jimmy to put on his sexiest lingerie because I wanted him to keep me company for an hour and he didn’t disappoint me. He showed up wearing jeans and a t-shirt but under them, he had on a sexy red pair of panties and a matching red bra with black piping around the edges.

He even had on a pair of black thigh highs that showed off his legs.

I was so proud of him; he knows just what I like. He made an effort and as a reward I let him get on my bed and show himself off to me. Then he leaned back on his elbows and stretched his legs out in front of him, slowly rubbing them against each other so the thigh highs could slip and slide over his skin. I know the tingly thrill that gives you and I knelt by his feet as his dick started to get hard.

His Panties stretched over it, outlining how big he was and I couldn’t stop myself from enjoying this. I told him to touch himself. He ran his hands over his legs and over his dick, rubbing it through his Panties. I could see a small wet spot on the front of them from pre-cum and I put my hands around his ankles so I could hold his legs apart. “You’re going to jerk off for me, right here, right now,” I said, getting into it and watched as he rubbed and squeezed his dick through the Panties.

They slipped over him and his head popped out the top of them as he shifted and groaned. I stroked him as he covered his dick with his fist and began pumping it up and down while his other hand cupped his balls. His dick looked huge as pre-cum leaked down his head. He kept pressing the Panties into him, using it to get himself off.

His moans got louder as he moved faster. His fist was going non-stop as his ankles shook in my hands.

His Panties were a mess. I knew they’d be all sticky and gross once he had them on properly again. He’d have to go home like that and the wetness would be a reminder of what he’d done while everyone else would be clueless. It was our secret and only I know just what he wears under his boy clothes.