Oral Sex And Sucking On A Long Skinny Pencil Dick* 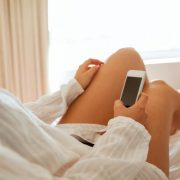 Oral Sex is so Hot!

I love to have Oral Sex with big thick cocks.

The best dicks are long and thick because I want my holes stuffed but long, thin dicks are okay too, I guess. They’re a bit fucked but at least they’re better than baby dicks, those things are fucking useless. If I could have anything in the world I’d have it be illegal for men to wear pants.  Women should see what they were getting in the dick department before going home with some loser or one-inch wonder. If the world was like that I don’t know if I’d have gone home with Glenn.

My nipples were hard and rubbing against my bra. The panties were starting to get a wet spot on them from my juicy pussy.

I rubbed my ass on him and he moaned in my ear as he started to get hard and ready for crazy sex stories.

I wondered how big he was and didn’t want to wait so I told him to drive me home. We flopped down on the bed and started making out while trying to take our clothes off. When I was naked I laid there looking at him as he took the rest of his clothes off. He was hard and the first thing I noticed was how long he was.

He was at least seven inches and I got excited then saw how thick he was. I think my pussy dried up a bit because he was a total pencil dick.

I got down on my front and stroked his dick a few times while I licked and sucked on his head. He held my head down and I swallowed more of him, getting in about half while I jerked off the rest of him.

I moaned around his dick which was pretty easy because my mouth wasn’t too full.

Really I wanted my mouth stuffed so much with dick that my lips were stretched around it and my jaw ached. I did my best with what he had and sucked him off while pumping his dick.