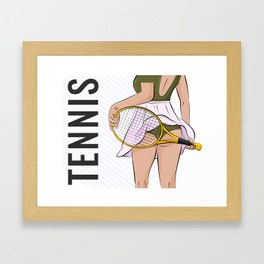 Oral sex stories all started with a reunion between my first crush and myself on the court. It was a typical June afternoon in North Carolina, in other words, fucking hot and sticky. He had been teaching all morning and was starting to question some of the life decisions that had brought him here. I love Adult Chat!

A morning of beginners will do that to a guy. Pete, the owner of the club, his boss, walked out as he was packing up. “Not so quick, your 2 pm is here.” “Aw, c’mon Pete, she’s 15 minutes late! I’ve been here all morning….do we even know who she is or anything about her?”.

However, is protestations were lost, as he had been yelling into his racquet bag while packing up and when he looked up he saw, not Pete. Instead two very long, very shapely, and very toned legs connected to an equally appealing young woman. A young woman he knew and would happily stay late for.

“Oh, uh, hey Anna, I’m, um…sorry, if I had known, I would have” she was used to his stammering, she was used to most guys stammering, and she saved him from tripping all over his tongue and apologized for being late. She surprised herself by not speaking as assuredly and confidently as usual, but he was dripping with sweat.

His deep tan caught her off guard as she hadn’t seen him in the past month.

At least, a month which he had clearly spent outside, on the court. “No worries, I don’t mind you being late at all. ” He seemed to have found his footing again and had stood up, his 6’4 frame providing her a little protection from the sun beating down on them both.

They chatted at the net for a second, just small talk, how’s life, the job, etc, etc. Even the weather lately which was RAIN until May, and then none.  He asked if there was anything special she wanted to work on today and she said not really. She just hadn’t played much lately and her league was about to start and she didn’t want to be too rusty.

He said he wouldn’t let that happen and that, besides, she had nothing to worry about even if she was, she would still be one of the better ones there. (he’s always so sweet to me, and doesn’t seem like he is flirting at all.) She told him that was sweet and they both backed away from the net to the service line to start the usual warm-up routine. Talk about sweet!

She is so sweet, and such a flirt!

That is one thing he always loved about seeing Anna. A bit of a flirt himself and their on-court rallies were matched by verbal volleys that made his stomach tingle just a bit.
Playing short court for a while and backed up to the baseline. While they hit his mind wandered a bit. He remembered when he first met her about a year ago. What a crush he had!

Oral sex stories are some of the hottest ever written.

How about you and I have our own Game, set & Match… as long as it has the beginnings of the hottest

oral sex stories to be told!

This is only the beginning, don’t miss out on Oral sex stories Part 2 CLICK HERE

One Reply to “Oral sex stories – Keeping his tongue Busy*”