No-Limits Bimbo; Because Someone Has To Be The Toilet ♕ 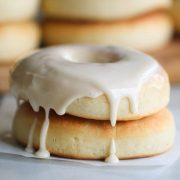 No limits mean no limits.

No limits were like music to my ears.  Some people were just never meant to have someone beneath them.  Jessica was one of those people.  Talk about a slut with no limits!  She started as a simple sissy, but I soon realized that there wasn’t anything she wouldn’t do. I’ve had my fair share of sleazy moments, but when I got fucked by my husband’s boss and needed to get the cum out before I got home, she was happy to have me plant my pussy and ass on her mouth and deliver a sweet, creamy mid-afternoon fuck-smoothie.  At that point, I thought, “why keep this bitch to myself?” Thus began her transformation into the ultimate no-limits bimbo toilet.

Jessica was no longer a sissy anymore.  She was a bimbo, and BIG tits are essential. I’m a 34F, and I wanted her to outdo even me!  With the help of a specific cosmetic surgeon, I knew, along with a few pills, we were able to give her some nice J-cup tits that NO shirt could conceal while shrinking that little clitty down to a fucking nub.  My friends and I had so much fun slathering fuck-me makeup all over her face and topping her baby-pink lipstick with pre-cum instead of lip gloss.  A set of 8 inch high heels later, and she was fucking perfection.  With the tip of her clit peeking out of the bottom of her tiny, pink skirt, and a half-top that didn’t even bother covering her areolas, there wouldn’t be a single man, woman, or child who didn’t know what she was and what her one purpose in life was.

Time to take our no-limits slut out for a test drive!

It was time to show off the goods.  But we weren’t going to regular places like the club or a sleazy book store.  No, those places were too easy.  We went to the mall.  We wanted entire families to see her.  And, boy, did they.  Young boys who’d didn’t even know what to do with a pussy clutched their crotches when she walked by, no doubt causing a few premature ejaculations along the way.  Husbands made no efforts to hide their gazes as the walking cum-dump bent over slightly and spread her pussy cheeks to reveal a well-fucked hole.  Wives couldn’t believe the audacity of this whore! They actually permitted their husbands to pound this home-wrecking whore into dust.  At that point, the whole mall wanted a piece of her.  Security cameras were turned off, guards took an early lunch, and a crowd of cocks started to form around the harlot in pink.

It was the husbands’ turn!

Jessica got used to taking two cocks in one hole real quick.  As a matter of cock, she took no less than twenty either in or on her body at once.  It only took 10 minutes to give her a glaze that would make any donut shop blush.  After a whole day of this, she looked like a melted snowman.  She could barely walk, and her back-pussy looked as if it could fit an entire grapefruit in it.  Poor Jessica.  Who would clean HER up now?  It may surprise her, but there are some pigs out there even filthier than her who would love to drag their tongues across her body.  And at least one such pig is reading this story right now.

Think you can sink lower than no-limits, Jessica?  Call my phone sex line and tell me what a cum-guzzling pig you are.