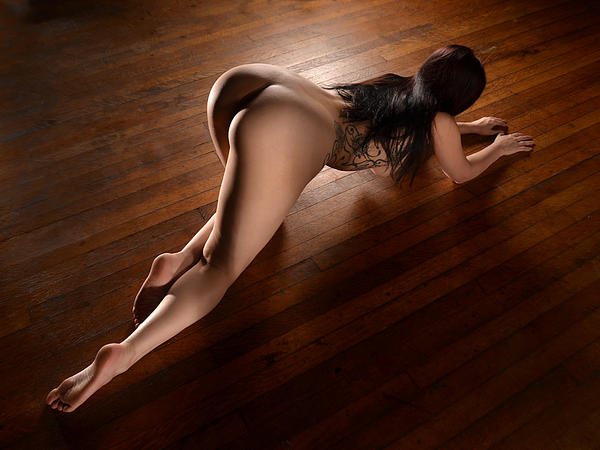 Submissive fantasies are pretty common, I think. And I just told myself that these images racing around in my head were just the normal kind. Curiosity. I didn’t actually want to be dominated like that, right? But I got worse and worse and started effecting my everyday life. When I would get fucked by my lover, being slapped on the ass and having my hair pulled while he was taking my pussy doggy style wasn’t enough anymore. I needed more! I needed domination, servitude, and kink.

My lover at the time had a friend who was a Master. I had always been really attracted to him. It wasn’t his physical appearance because, to be honest, he was just barely average looking. It was the aura of alpha that he exuded. When we would have friends over, no matter who was there, I always served him first. I just couldn’t help wanting to make him happy.

This particular night, we were all at my house and we had been watching movies.

It started to get late and everyone got in their cars and headed out. About 5 minutes after the last one pulled out, I heard a knock at the door. I went to the door and answered it after finding out it was Master. (That’s what we’ll call him from now on) He came in and told me that his car broke down almost as soon as he left my driveway. When asked if he could stay the night so he could get a friend to come look at it in the morning, I couldn’t say no.

As I was running around, setting up the guest bed for him, he stopped me just by saying my name. I looked over at him and he crooked a finger at me. I walked like I was hypnotized to stand in front of him. He looked up and me and grinned.

“Melissa, I’ve noticed that you seem to be nervous around me. Why is that?”

I bit my lip and tried to look away but my gaze inevitably settled right back on his. I couldn’t answer and he brought his heel to press behind my knees, making me kneel in front of him. His hand went to my throat and he held on tight while he watched me tremble. He reached up to stroke my hair tenderly, leaning over to whisper “I can give you what you need little girl.  All you have to do is give me your ok and your entire will”

My eyes flared wide as I nodded and his fingers tightened around my throat. “Unless I say otherwise, your answers will always be verbal. Yes, Master. No, Master. Do you understand?”

“Yes, Master” I squeaked and felt my throat released. He smiled and told me to take off my clothes for him. Once that was done I was made to turn slowly for his inspection. It was dehumanizing, being looked over, squeezed and pinched like a thing to be bought, but it was exactly what the submissive in me craved.

That night was the best night of my life, but it isn’t over by a long shot. Watch for part 2 of my submissive induction!

One Reply to “The Night My Secret Submissive Dreams Came True*”