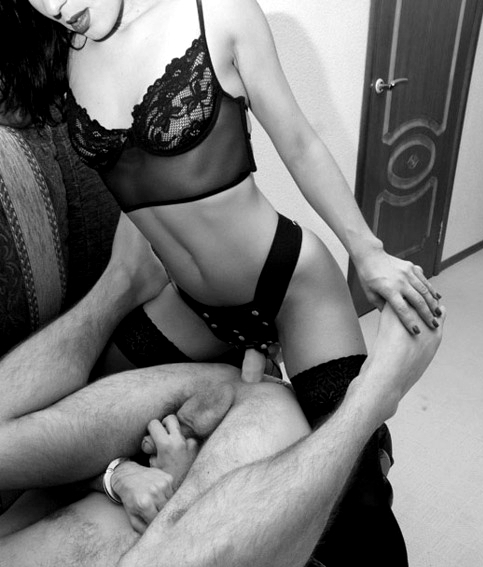 I knew my sex toy was getting closer because of his breathing, and I sped up my thrusts as he did his hand on his cock motions and with one groan he shot his load on the hardwood floor underneath. I made him lick it up, and he relished every drop. My own little fag. He always liked me to take charge, but this had just brought things to a whole new level. I like it.

Are you in the mood for something taboo, dirty fantasy tonight??
How about some Kinky Strap on play?
I bet you like it deep and hard!