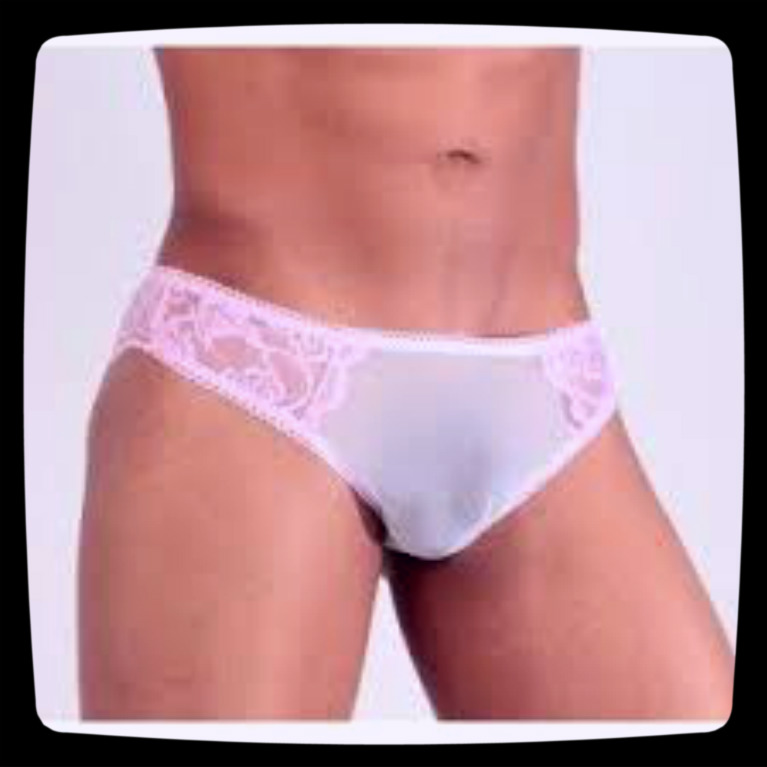 Panty Boys are hiding everywhere in plain site! I went on a blind  date with this guy who kept warning me that he had a big secret. He seemed worried that I might not like him after he revealed it to me. He obviously didn’t know how turned on I get when a guy wears woman’s panties.

He was a pretty hot guy. I could tell he spends lots of time in the gym. He told me he works on Wall Street and wears suits to work. I liked him. He wasn’t my normal rock type guy, but he was hot. I will definitely fuck him, I decided.

What could his secret be, I wondered. I finally got it out of him. He told me he started wearing panties as a kid. He would steal his sister’s sexy panties. He loved how they felt against his cock. He wore them on and off through his school years.

He loves to shop for panties in Victoria Secrets. If anyone would ask, he would say they are for his girlfriend. He loves to wear his sexy panties under his suit. He said he thinks it keeps him connected to his feminine side. He loves having his secret beneath his macho exterior.

When we went back to his place, I begged him to ket me see his panties. He unzipped his pants and slid them down. He was wearing some sexy red silky bikini style panties! I reached over and cupped his balls. I started to massage them through the panties, and then I moved u to his cock. It was stretching out the panties as his cock hardened. I pulled the panties to the side and got on my knees. I sucked that cock long and hard. He took his panties off and fucked me hard.