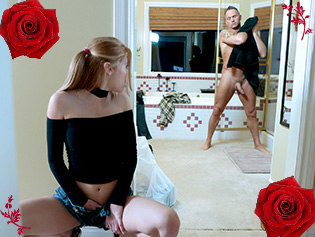 Steve is an evil man who has made many babysitter sex stories with me. Steve has a nasty perverted mind. Trust me he isn’t afraid to use it.  However, you will soon know that. It all started out when I was babysitting Steve’s younger brother. Larry was asleep and I thought it was a good idea to go into their parent’s bedroom. I’ve always thought their dad was very sexy. So I get into their closet. Took Out one of Mr. Johnston’s shirt. I laid it on the bed as I got undressed. Then Pulling that white button down shirt over my shoulders. Feeling that stiff shirt next to my skin. Knowing Mr. Johnson had this next to his. Caressing my tits and nipples as I button each button.

As I lay back on the bed

I go to the bed and decided I need to explode. I had to touch myself thinking Mr. Johnson was that close to me. I laid back in the bed reached between my legs and started rubbing my little clit. It felt so good sending vibes throughout me. The soft touch of my fingers rubbing back in fourth on that spot drives me crazy. I close my eyes thinking it was Mr. Johnson’s tongue. In my head, I can feel Mr. Johnson’s soft wet tongue. He is amazing! He knows exactly how to please me. His hands holding my thighs pulling me into his face. With my other hand, I’m pulling and twisting my nipples. 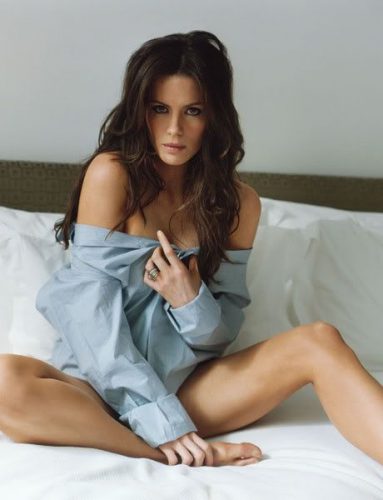 Then I heard “What are you Doing?”

Startled I looked up. It was Steve! Steve just saw me in my full glory! He just saw my pussy and me rubbing it. The bed looks out the door so he saw everything! So all could say is Um Hi and try to cover myself up as quickly as I could. Steve looked at me and said no need for that Brittany. I’ve been watching you for the last ten mins. Why were you saying my father’s name? Are you in his shirt also? I was mortified! Steve wasn’t he knew this was going to be a beautiful thing for him. He decided right there I was going to be his sex slut. Steve explained to me I was now going to be used by him for anything he wanted. If I didn’t like it he would go to Mr. Johnson and tell him everything I was doing. He told me he would tell his father and mother I had been on their bed playing with my pussy. I knew if he would do that I’d lose every babysitting job I had in town.

Steve used me in threesomes with his friends. He fucked me daily. I was made to fuck any object he chose. I was fucking pop bottles, candles, and vegetables. all while he took pictures. Of course to use them against me. Soon I found myself being used to make money. Steve was selling my Ass Mouth and Pussy. All while he was fucking me too. I was now the town whore. Babysitting was far from my mind now.

Call me and I can tell you all the nasty thins Steve made the town whore do.