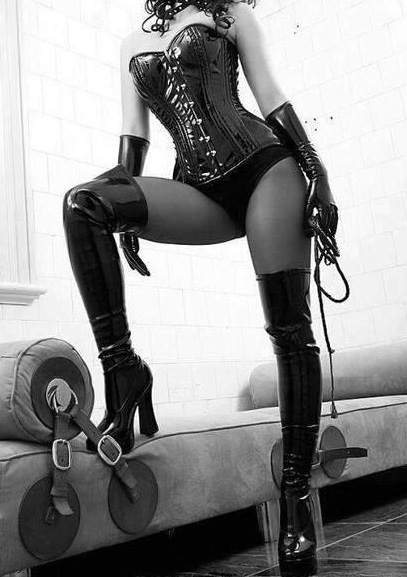 I told him that I expect him to be clean when he arrives, fortunately he knew what I meant.  He told me he would shave himself right away.  So a week later, he called super horny and dying for some abuse, he asked me to give him 50 wacks on his cock with each whip I own.  Now that wasn’t very smart!!  I own like 50 different whips!!!  So for you math geeks out there, it is 2,500 wacks with whips to his cock!  Hahaha    I am not sure he was aware of my collection.  So, I didn’t really plan on abusing him to this degree, but I sure was going to have fun with it.  I asked him if he is sure that is what he wants and he quickly agreed to it.  I told him that I will adhere to his request, then I let him know that I have about 50 whips.  The line went silent!!  Oh how I love to antagonize my bitches!  I told him to be prepared for a total of 2,500 wacks on his clitty to start our session and that I plan on making him count every single wack.  He thanked me in a whiny voice and we hung up.

The day of his abuse, he probably thought his little dick was going to fall off by the time we were done!!  So he shows up and I could tell he was worked up both horny and scared shitless!!  I chained his hands and legs to the wall facing my collection of whips.  His cock was limp from the fear.  Awww, what is the matter does somebody have some anxiety?  I told the pain slut that I will give him a one minute break between each whip.  I told him that I will make each 50 wacks at a moderate to fast pace and if he skips a number, we will start all over again.  As he was staring at my wall of torture, he started whimpering begging me not to follow through.  Ohhh, I was never planning on it, but I like to see where things will go, just how desperate is this loser!?  I asked what he was going to do for me.  I was so looking forward to this, so if you want me to have mercy then you need to make some kind of concession to me!  He whined like a little bitch, asking to reduce it to 10 wacks for each whip and his concession to make up for the 50 he would take 2 kicks to his balls between whips.  He volunteered to have his balls kicked and thought he was getting a deal!!!  What a loser!!

Are you a true pain slut and think you can handle CBT Phone Sex?