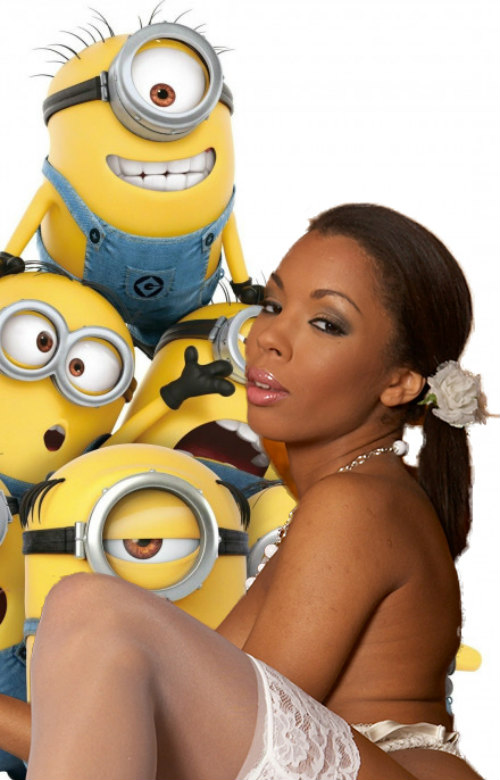 1 year ago
Dominatrix,Humiliation Sex Stories,Mistress / slave
A mistress/slave relationship is exactly how you can describe our marriage.  “You may be allowed to remove your little chastity cage. Once you’ve proven yourself worthy of its removal”, I snapped, trying very hard not to burst into further laughter.  It had been difficult enough already to hold my phone steady while recording I was laughing so much.  This shit was priceless!  I couldn’t wait to show all my girlfriends this video during our next girl’s night out!  They already knew my husband was a typical pathetic, white boy and that I cheated on him regularly.   They know I love the Superior, Black Alpha Studs.  However,  this was gonna prove to them just how much power a Strong, Black Woman can have over these weak-ass white bitches!

He saw how much fun I was having while recording.  He suddenly fell to his knobby, little knees and began to plead and beg.”Please, please PLEASE don’t make me do this!  Promise me that you’ll NEVER show this video to anyone!  I’ll do ANYTHING you ask!  I’ll put the cage on and wear it as long as you want me to.   I love you and I worship you!  Can’t we talk about this?!?!”  The look in his eyes and the pathetic look on his blushing face pushed me over the edge and I burst out into the most hysterical laughter of my life!
I’d been sitting on the edge of the bed while recording.  I fell backward holding my stomach as the phone slip onto the sheets. Still recording but I couldn’t stop giggling like a school girl!  “HAHAHA! You poor thing! Your wife is just soooo mean to you huh?  This is just the beginning, you wimpy, little pervert!  Where do you think all of this is going from here, huh?  You think I want someone like YOU in MY bed, fucking MY Fine, Black Pussy with that tiny, little white inchworm?!  Just pathetic and, honestly, just plain ignorant!  Good thing you have such a merciful wife that I’m willing to overlook all of it and show you the error of your ways!”

He looked up from what he was doing and you could tell he had just realized it was all over… the “Sex” we’ve had together, the secret desires he’s been trying so desperately to hide from me and the rest of the world, as well as any hope of him ever being considered a real man by me or any other female.  As he finally managed to secure the device in place and heard the lock click shut over his little “manhood”, his shoulders slumped forward and he began to crawl like a defeated little puppy towards me, still sitting on the edge of the bed.
“You little, perverted, white cucks are all the same.  You THINK this is what you want, you FANTASIZE about this happening to you while stroking your puny, pink pee-pees… and then if and when it actually does happen, all you do is beg and plead and cry for mercy… but ‘BLACK’ is powerful and unrelenting… we are the alphas, which makes you inferior, little boys the betas.  You’ve known it all along, it’s time now for MY satisfaction, for ME to call ALL of the shots in this marriage!”
Just then we both heard a knock at the door…  “That’ll be Sam.  Now run along quickly and let a real man into YOUR house to please YOUR wife the way that you simply can’t!  And don’t keep us waiting!  You WILL learn your place, white boy!  You will learn the meaning of “BLACK POWER!” and the Mistress/slave relationship.
Want to experience Dominatrix phone sex like only an ebony Goddess can give? Call Camille now at 888-340-8794