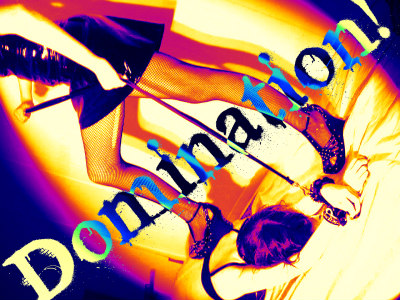 She was my little play pet for the evening. She was always my little play pet. Today she was a good girl and managed to lure me in a nice little entre to her side dish. He was cute and blonde, and though he was the dominant one in the room. She told him I was going to participate in a threesome with him. Boy was he in for a rude awakening. I could not help but giggle as he approached me with his cocky swagger. He thought his adult chat was going to pull me into him like he was slick. I giggled and playfully attached the leash to the collar that always remained around my little play pet’s neck. I pulled her to the ground and stuck the heel of my boot into her back.

His eyes widened, I snickered and raised my eyebrow snapping my finger and pointing it to the ground.

With every smack I got harder, listening to his yelps grow in intensity. “Do you want me to stop?” I asked of him, all though it was useless to answer, either way, I would be continuing. My play pet peeled back the layers of his pants as he kissed along my boot. She was ready to see me tear him apart and I was ready for that too. She handed me my strap on and helped me zip it in the back. I rewarded her with a kiss on the lips. She was a good girl tonight.

I grabbed the ass cheeks of the broken down boy and spread them wide.