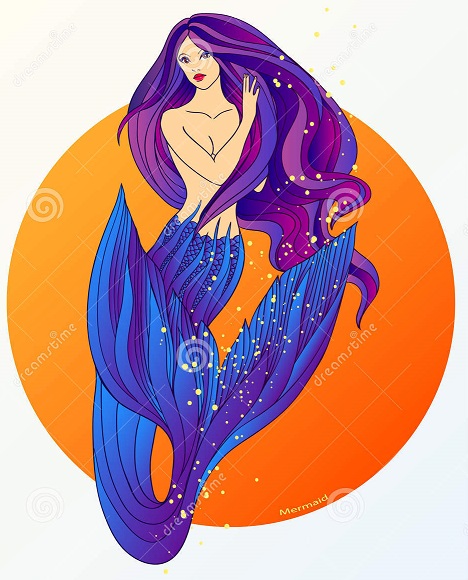 Mermaid sex sounds interesting and sexy to me. But, as you boys know, I like different, kinky, and taboo. I know a lot of articles out there go into the whole laying of eggs nonsense, but I’ve always had the thought it would go more like this:

Imagine a guy exploring deep, dark caves. He comes upon a wide-open cavern. He can hear the sound of falling water behind him. Then he undoes his harness, turns around, and sees a huge hole at the top of the rocks. Pouring down from the gap is a beautiful waterfall. But, what catches his attention is a topless girl sitting on the rocks, bathing in the downpour of water.

She has long dark purple hair and eyes that almost glow in the glimmer of sunshine. He stares transfixed at her perky tits. Not able to help himself he looks even further down, trying to get a glimpse of her pussy. What he finds instead is a blue-purple tail that catches the sun’s rays and makes it look almost metallic.

His jaw drops as he stumbles toward her. Her eyes find him as his footsteps echo off the cavern rocks. She gives him a coy smile and bats her eyes flirtatiously.

Approaching the water’s edge he stops and she moves closer to him. He stares at her open-mouthed. Taking the opportunity, she leans in and gives him a long, deep kiss. Her hands move to his cheeks and he returns the kiss, stunned.

Their hands start roaming all over each other. Slowly he slips out of his gear and clothes. Tenderly he kisses down her neck, moving toward her perky tits. As he sucks on her nipples, they start getting hard under his tongue. He can taste the salty-sweet ocean on her skin.

As his mouth glides down her belly, his lips brush against her scales, which are softer than they look. Reaching down the mermaid slides her silky scales aside, revealing a glistening, pink pussy. It looks like any normal bald pussy. Sliding his tongue inside her he can taste a fresh ocean breeze that dances around the tip of his tongue.

The lovely mermaid leans her head against the rocks behind her, feeling the water cascade over her and his tongue deep inside her. Not able to resist her any longer he wraps his arms around her and slides his pulsing cock inside her hole. He can feel his precum dripping into her while his cock slides in and out of her easily. They both moan loudly. His a throaty, passionate moan. Hers a seductive moan that reverberates off the cavern walls.

This is what I imagine mermaid sex to be like. What do you think, guys?