Men vs Women: More Sex Myths (and Healthy Reasons to Get You Laid)* 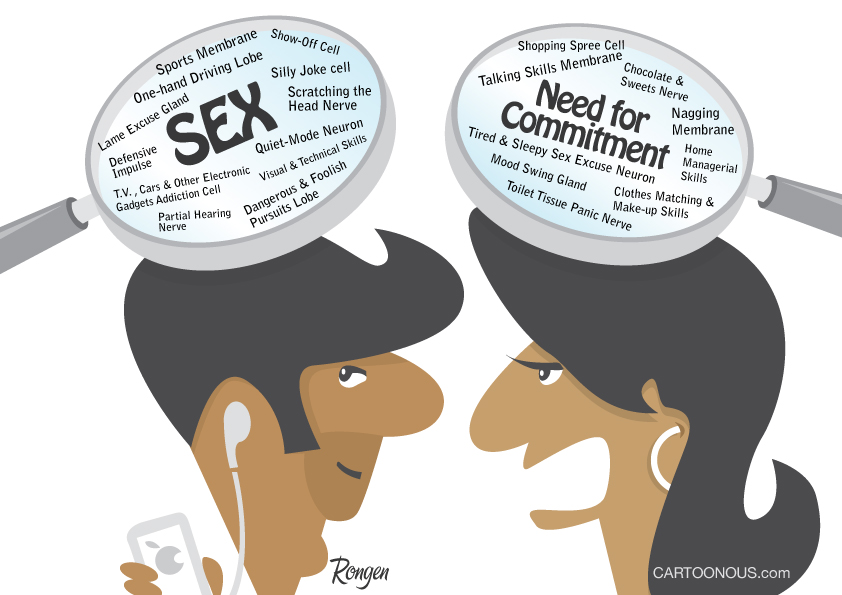 Reality:  Most men and women enjoy sex, and they agree it’s most enjoyable in a relationship.  Some men and women prefer casual sex.  When it comes to the kinds of sex they enjoy (connecting, intimate) and with whom (relationship partner) it’s actually far more similar than different.   If that’s the case, why does it always seem a woman wants commitment?

Men (even in committed relationships) can be pretty sensitive about their skills and (if a woman is brave enough to risk a man-pout) our instructions can go in one ear and out the other.  One-night stand situations aren’t typically about pleasing the other person.  Casual sex just doesn’t sound fun if we have a better chance of getting knocked up or a STD than having an orgasm.

Reality:  If you include second and third base as cheating, women do it just as much as men; however, if you only include home runs, men do cheat more than women.

Sex (and semen) today will keep the doctor away.

For those who have one good reason why they don’t want to fuck, give them 10 reasons they should.

If it doesn’t work for you, I’m all about wrinkle prevention, shiny hair, smooth, glowing skin, preventing tooth decay, and Valium!