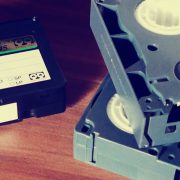 I happily arranged for a dozen of my BBC fuck buddies to come over the following Saturday for a suburban fuck-fest. That day the ladies came dressed only in lacy bras and short skirts with no panties. To my surprise, each husband was wearing lipstick, cut off tee shirts, and panties.

Everyone looked astonished when they walked into my house and saw twelve black men stroking thick BBC cocks ranging from 8-12 inches in length.

I made each husband kneel and then bound their hands behind their backs using zip ties.

After a lot of gagging and sucking, twelve spit-covered BBCs were ready for fucking.

By that time, the wives were soaking wet, and several of them even squirted while watching their husbands get used.

I made the kneeling husbands face their wives. They watched while each wife fucked their chosen stud. Then they watched when those still-hard bulls fucked a different wife. Finally, they watched the perpetually hard bulls pair up to double penetrate each wife.

I unbound each husband and laid them flat on the floor.

Like what you read? I’m always ready for some hot phone sex!