Why I Love To Play With Married Men. A Dirty Laundry List* 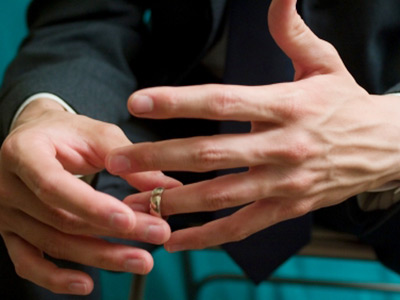 Oh, married men. They’re my weakness, my addiction. I can never get enough of them.

Most of my girlfriends are looking for a husband of their own, want to ride into the sunset on a white horse with the love of their life. Now, don’t get me wrong, there’s nothing trifling about love – I understand it’s very serious. But when it comes to my selfish sexual preferences, I always love to play with a hitched man. I’m notorious for this. Sometimes people ask me why I prefer a married man to a single man. I don’t want to give away too many of my secrets, but I’ll give you a few reasons why…

Married guys are way more sexually frustrated than single guys. They have a different relationship to sex. Usually, there comes a point where the attraction wanes with their lady, yet they remember the excitement of sexual attraction – they live with its ghost. I love this because flirtations are subtle, but potent. Seducing the forbidden man takes finesse. Sure, sometimes I could probably just drunkenly throw myself at a married man and it would work out decently, but that’s not really my style. I like men who get subtlety…and men who are sneaking around have better antennae for subtlety.

They also know how to keep secrets! I mentioned before, I don’t like to show my cards and I always love a nice discreet fling. I think it’s so sexy when a man knows how to handle his shit. Attached men only linger in the best way. Single guys like to dawdle sometimes…check the fridge, sleep in, play house…married guys can’t dawdle…which means more time to think about how sexy they are, less time babysitting…It’s refreshing. I love a guy with limitations!

I can’t help it – I like to daydream about him, and to do that he can’t be in my face all the time!

Are you a married man looking to have an affair with a woman who will treat you right? I would love to play with you. Call me up for some hot phone sex – believe me, I’ll do everything your wife won’t do!