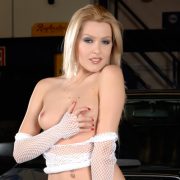 It started when he was misbehaving with a secretary at the office. His wife found out, and that was the end of their sex life. He is not a man who a woman would desire really. In the end, that bit of flirtatious behavior caused him to lose the only real sex he had ever known. True Sex Stories like this one can be the result of some very naughty behavior.

In the last year, things have changed. She bought a brand new smartphone. One night she was angry because he had not finished the dishes or taken out the trash. Halfway through the evening, his phone went off, and there was a video. His beautiful wife was sucking a giant black cock. The man was holding her phone and asking how his dick tasted. Cuckold told this story while he was absent-mindedly stroking his cock. It turned him on so much to watch her lips wrapped around something so massive and superior. It was not the reaction she wanted, but she enjoyed the control it gave her.