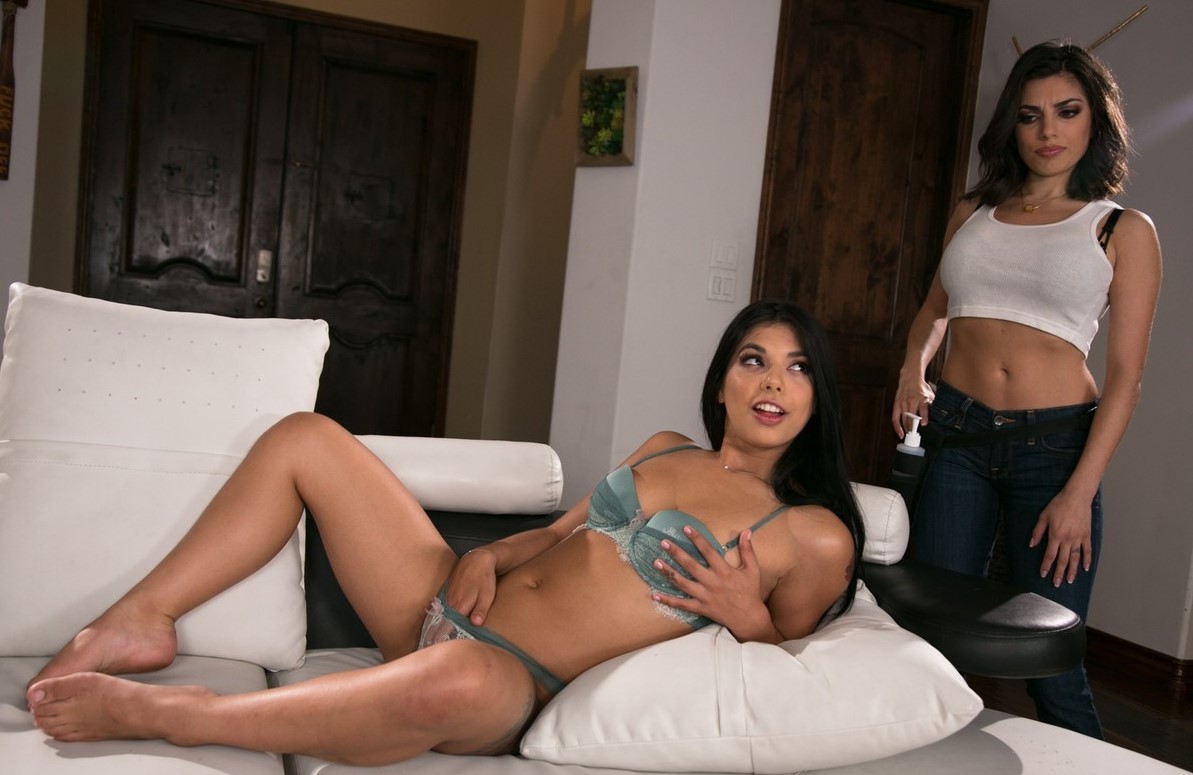 I stepped away from my party.  A needed moment to myself but to my surprise, Lola was there waiting for someone there already.  I hid.  She started undressing and talking dirty to herself or so I thought.  The moonlight made her body glow.   The silhouette was hypnotizing as she moved her hips, left to right.   Then her fingertips would glide up to her breast, cup them and pull on her nipple till she arched her back.  In full delight.

Lola moaned in delight and spread her legs fully exposing her enlarged clit.  It was begging for attention.  Nasty attention.

I began to feel my pulse race and a warm sensation in my cunt.  I know what Lola felt like for her at that moment.  Someone to touch me in the right way.  Giving up full control. To expose me in a way where my weakness had become an erotic sense of pleasure.  “Fuck me,” I whispered softly so no one could hear.  My fingers glided straight to my clit.  It was begging to be touched.  Swollen and wet, I placed my index finger right on my clit and applied pressure.  I was going to edge myself tonight and earn that birthday orgasm.

She spread her legs wider.  This was it she was relinquishing power.  But to whom?  She moaned.

They would enjoy their moment and I would sit here in the darkness and enjoy their lovemaking.  They kissed passionately as if they were never to see one another again.  Their hands seemed to have a memorable touch.  They responded to their bodies like a melody, all in rhythm, in sync.  Their moans filled the air with the smell of ripening juicy pussy.  Ready to eat.  As Amanda crutches over Lola, you can hear the suckle of her clit, Amanda’s fingers sliding in and out her that wet cunt.  Now gentleman this was so much fun that nasty Nina to take pictures and I will share them with you.

Call me to have the best phone sex!