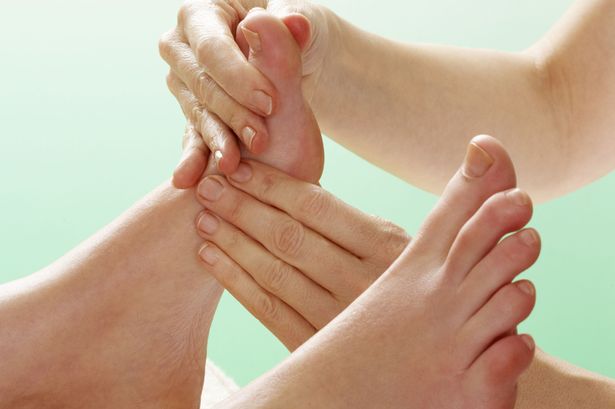 It’s amazing what you’ll do when you have to. The prison wasn’t a cakewalk, but I wasn’t in there for very long either. You meet all kinds of people there. That was the fun of it, I mean don’t get me wrong it was shitty but I made the best of it.

One of the people I met was a former Madam, and she ran everything around there. She even had some of the CO’s wrapped around her finger. She could talk any female inmate into whatever she wanted, but it always came with a price. I remember when she approached me. She came into my bunk, with chocolate chip cookies & some shampoo & conditioner (all three, were considered a luxury and very expensive from the canteen) She told me they were gifts. I already knew there were no gifts in prison, everything costed something.

I asked her what I had to do. She told me that Officer Dade, had really taken a liking to me, and that the upcoming Saturday, he would be working and he would have an entire 30 minutes without interruption in the kitchen pantry, and that he wanted to spend those 30 minutes with me. I was told I would receive extra phone minutes, extra snacks, and brand name shampoo & conditioner if I agreed. She stroked my hair, and spoke to me in a sing-songy motherly way as if she has just asked me to go shopping.

He kissed and pawed at me, before asking me to get on my knees and suck him. I did, then he was ready to fuck, and so was I. It wasn’t too often that dick swung free around the prison. I was actually offended that he had a rubber, I looked at him with disgust, and he said ” I don’t know where you’ve been” I felt like such a nasty whore.

And I liked it.

I went back to the madam, to collect what I had earned. She was somewhat attractive. Mid 50’s, shoulder-length black hair, glasses. In her bunk, I found her lying on her cot. ” Your here for your payment?” she said, looking at me over the rim of her glasses.

“Well yeah, I sucked & fucked him, just like you asked” I replied.

” Yeah, your right Angel… but what are you going to do for me? I didn’t have to set that up for you, I could have told him how good Conner was and her hair is almost as red as yours” She gave a sly smirk.

” But you said Dade asked for me?” I shot back.

” Are you smart mouthing back at me, you little bitch?!? I get you snacks, and good shampoo, putting my fucking ass on the line and now you have the nerve to mouth back?!?!?” She began to get loud.

It dawned on me the power that Madam had. She could easily have me beat up, or worse… SHANKED.

” I didn’t mean to offend you, Madam, I was just confused… it was a total misunderstanding. What can I do for you?” I offered, smiling at her.

“My feet hurt, I want you to rub them, and do a good job”

I sat on the floor below her, as she slid her sandals off. She lifted each foot for me to peel her socks off. Her feet were very nice. I dripped lotion all over the top of her feet, and a dab on each toe. I began to massage. Squeezing her heels, and pressing my fingers deep into her arches. Then sliding my fingers between each toe and applying light pressure. She began to wiggle. I was enjoying watching her, the most powerful inmate was losing herself in my touch. I slid one hand up her thigh and between her legs, rubbing her pussy through her sweat pants while massing those pretty feet. Madam began to buck on her bunk, I pushed my fingers hard into her box, feeling the warmth of her seasoned wet pussy through the fabric.

She looked so vulnerable when she came.