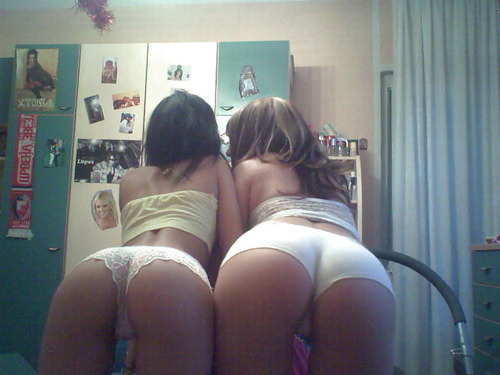 His lesbian impregnation fantasy (and my secret wish) came true this weekend.

A guy friend of mine texted me last week telling me he’d really liked my lesbian impregnation blog from awhile back. I had no idea he read my blogs! Flattered and taken aback, I texted him back and invited him over Friday night.

We’d had a few drinks by the time my girlfriend got home from work. She hurried to catch up to us, taking huge gulps out of the whisky bottle between pouring us more shots. Usually she’s pretty shy with new people, but within an hour she was pretty wasted and sitting on my guy friend’s lap.

She swung her arms around him and looked back at me to say:

“Did you give him the tour?”

My girlfriend turns into a nasty slut when she’s drunk, so I took that as a cue to lead both of them to the bedroom. I playfully pushed her onto the bed and crawled on top of her. My friend asked if he should leave, and in unison, we both replied with a loud, firm:

My girlfriend patted the side of the bed next to our pseudo-wrestling match, beckoning him to join us with her finger.

“I know you’re curious what it’s like to fuck 2 lesbians at once. No need to be shy.”

I slipped her panties down and helped him unfasten his belt. His hands were shaking with excitement. That twitching was nothing compared to the way his cock was throbbing, though. We both looked down in awe as it sprung out of his briefs.

I’d never seen my girlfriend so shameless before. It turned me on a LOT. Her energy was contagious, and I could feel it in my fingertips as I grabbed his cock and guided it into her cum-soaked cunt . . .