Landlord Demanded Rent: So I Paid With My Pussy 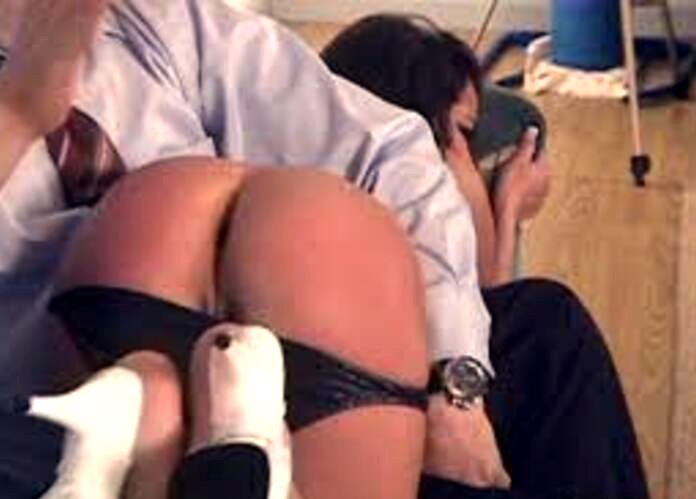 A few of my lovers – and friends – say that I’m a Ho. Well, I can tell you there’s no truth in that whatsoever!!! I may be adventurous but I’m not a Ho. Well, except on the odd occasion.  Like when my landlord demanded rent…

My landlord threatened to throw me out on the street and keep my things. I was too ashamed to tell my parents and didn’t know what to do. My landlord demanded rent and finally came to evict me.  I was crying and begging him to give me more time and tearfully told him that I’d do anything to stay. He was angry and impatient and accused me of being a time-waster.

“You’ve caused me a lot of trouble, Emily. If I was your father, I’d put you over my knee and teach you a lesson right now!” What he didn’t know was that I’d always fantasised about being spanked by an older man. I told him that he was right – and that I did deserve to be punished.

Five minutes later we were in the bedroom and he roughly ordered me to undress. Naked and suddenly vulnerable, but highly aroused, I stood in front of him as he sat on the edge of the bed. He pulled me down across his thighs with surprising strength, and then swung his right leg over the back of my knees, pinning me firmly in place. My nipples were like bullets and my pussy was dripping wet. I squirmed in anticipation of the coming pain.

I didn’t have to wait long. His big hand slapped down on my plump arse with real force. I swear I heard the crack of his hand a split second before I felt the sting of the slap. I bucked against him, and he pushed his left hand into the small of my back, holding me down. In control now, he spanked me again and again, the flat of his hand falling in rapid succession.

Before long, my arse was red hot and felt like it was on fire. I thought the spanking would go on forever and squealed in pain and pleasure each time he hit me. His hand must have been as sore as my arse because he suddenly rolled me over and ordered me into the doggy position. Risking a glance back, I saw him unhooking his belt!

My Landlord Demanded Rent So I Am Paying The HARD Way

He made me count each stroke of the belt as I received it. The first blow was almost hesitant, but by the sixth stroke, I was screaming in agonised delight. I’d never felt so completely powerless and utterly excited at the same time. My landlord was clearly as aroused as I was. He threw down the belt and pulled me back towards him. I felt his hard cock pressing against my wet pussy, and then he slammed all the way into me with one hard motion.

I was soon a breathless sweaty mess, sprawled supine on the bed. My arse cheeks throbbing and my dripping pussy, sore and sensitive. He lay next to me completely exhausted. Needless to say, I wasn’t evicted, but my landlord demanded ‘rent’ every Friday afternoon until I’d paid off the arrears. He also forced me to service his wife, but I’ll save that for later…

Admit it! That got you REALLY hard, didn’t it? So… call me now for more barely legal phone sex!