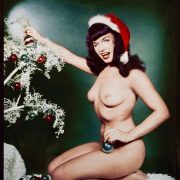 1 year ago
Adult Phone Chat,Dominatrix,Strap on

Yes, you heard it right. But, before I get into how I started kissing Mrs. Claus, I think I should begin with a little back story. Growing up, I wrote to Santa every year. I always left out cookies and milk and waited to hear the magical reindeer jingling above me. However, as eager as I was, my eyes could never stay open for that magical moment, waiting for him to leave presents under the tree. The sun would rise, and awake as ever, I would run downstairs to see what Santa had left me…

Every year was the same.

After running into the living room, I would scan the room for gifts. Unfortunately, all I would ever see was a note where the cookies once were.

“No presents for you young lady. You are on the NAUGHTY list…AND YOU KNOW WHY!”

Every year I couldn’t figure out what I had done.

Did the information get lost in the cloud somewhere? Seriously, I was so good! I was just…a little different. I didn’t have much interest in the male sex, although my large breasts and long legs made it sincerely difficult to keep them away. Very into sports, I was always surrounded by women. holding great admiration for them,  I thought they were kind and beautiful, but only ever thought about them. In short, I never kissed anyone…

Then came My 18th Christmas.

A week before Christmas I wrote a letter to Santa asking what it was that made me naughty all these years. All week I was sure I would get something from Santa this time! As Christmas Eve night approached, I laid on the couch by my fire. Just like all the years before, I tried to stay awake, but ultimately I faded. Oddly when I awoke, the sun was still down. As my vision cleared, I saw two figures standing before me. As usual, The first one I noticed was a woman. She had sheer black stockings and a fitted red velvet dress with white fur trim., I couldn’t help but stare at her beautiful legs and shiny patent leather heels. When I came to I saw the other figure clearly…

Nevertheless, not quite how I imagined him (tied up in rope with his pants around his ankles standing in front of the fire.) I looked back at the woman and said “Are you…” and she walked over and placed her hand on my cheek and said “Yes, my dear. I’m Mrs. Claus. This man here is my husband. I saw the letter you wrote. First, when I confronted him he told me Lesbians don’t get presents. Furthermore, I couldn’t believe I had married such a pig. Then, I snuck onto the back of the sleigh and tied him up so we can teach him a lesson!”
She grabbed my hand and I lifted into the air like magic.

She tapped her nose and Voila!

My cotton pink robe was now gone, and replaced with black lingerie and a big…fat…strap on. She put her arms around my neck and gave me the first kiss I ever had. She made Santa watch of course. He tried to yell, but his mouth was stuffed with cookies. With no milk to wash it down, he moaned and cried. He was in such horror watching his wife do such a despicable act…as he would say at least. Next, she bent him over the fire and said “Give it to him!”

As I slid my new shiny cock right into his ass, I yelled

On, Donner and Blitzen, Bitch!

Jumping into the sleigh, we first had to make a little stop. We stopped by the bank, and Mrs. Claus walked about with bags of cash. “I emptied that asshole’s account! Let’s go to Hawaii!” Accordingly, she hopped on the sleigh and we took off. She raised a holly branch over my head and before I knew it, kissing Mrs. Claus, was kissing me down…