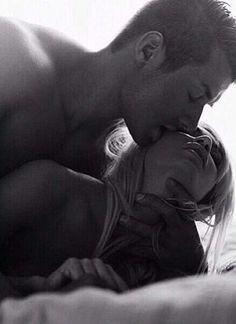 He makes me want to give in to temptation, and just get wild and kinky. So the other day I was rearranging the furniture in the living room only I needed help and my boyfriend was away so I called my naughty neighbor buddy to help. He came over we moved the couch and chairs. Watching his broad shoulders as he is helping me move makes my pussy tingle. His arms so fit like he works out, he’s starting to get sweaty from the work around the house and all I can think of his him on top of me, underneath me, behind me breathing hard and getting sweaty on me. I want that hardcore sweaty steamy sex. He takes his shirt off his chest is tone and I can help but grab and pull him against me.

I have him pressed against my body letting me soft lips touch his, tongues in each other mouths I reach behind his head and grab a handful of hair and pull. I drag my lips down his body I can see his cock bulging through his pants. Its rock hard and looks so big. He grabs my arm twirls me around, my back is up against his stomach as he is running his hands in between my legs. I never get touched this good. He unbuttons my shorts and slides them off along with my panties I grab his crouch he is unbuttoning his jeans. A second later I feel that bare hard cock rubbing against my pussy, making me wet his hand smacking my ass. My pussy juice drips on the head of his cock while he is tease me with his cock head. What is this kinky cheating girlfriend to do? Should I go for it?