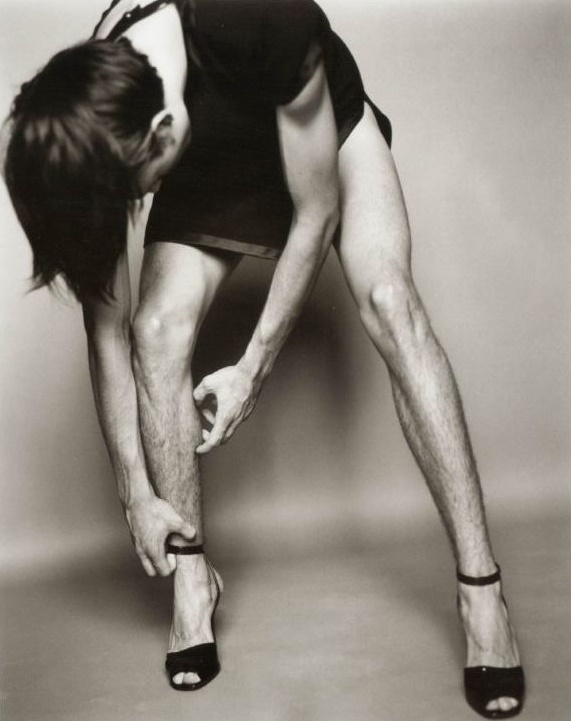 This Halloween, I planned something exciting for my friend Andrew.

We met in high school and ever since then every thing has been a competition between us. Last week over lunch he told me he could do anything a woman can do, only better. “wanna bet”? I replied, laughing as I already knew where this was heading. “of course” he said grinning like he already won.”Come over after work tonight, and we’ll see” I told him.

Since then I had him cleaning and cooking in sky-high heels and tight dresses.You should see the sexy panties and lacy bras I made him wear to class. It was so funny watching him squirm around, pulling at his t-shirts hoping nobody caught a glimpse of them.It’s was fun having him catering to my every command, replying every question with baby talk. but I knew then it was too easy for him.

I knew just what I needed to do. My friend April was having a Halloween party and Andrew would be her guest of honor. I told her all about my plan, and she agreed to play along, knowing from the past just how crazy our bets get. “You’re not going to be to mean are you?” she asked jokingly “He wants to do everything a woman does, so I plan on making him do EVERYTHING a woman does” I answered.

Halloween night, I got Andrew ready at my place “You will be wearing this” I told him as I handed him the thick plastic bag. It’s only description was a picture of a blonde in a tight black leather mini skirt and a barely there blue fishnet top. I told him to put it on while I got the rest of his costume. A bunch of glittery make up, thigh high boots. a black wig and forty-five minutes later, we headed out the door.

He was nervous and tripping a bit in the shoes, but even still, he looked sexy like that. I almost couldn’t wait to get him to the party, Making use of the surprises I had hidden for him there.When we walked in everyone was in the living room.

I told Andrew that  he needed to go into the living room and entertain the guests. “Entertain?” he said looking at me like a deer in headlights. “Yes” I replied “You’re going to dance for them.” I laughed. “Didn’t you know what your costume is? You’re a stripper” I pushed him towards the living room. “Everything a woman does remember?”

As soon as I said that he went for it. Andrew never gives up in a bet no matter how far we take it. April put on Nicki Minaj, and sat back down. He introduced himself ,and started dancing awkwardly. I walked over, put some money in his stocking and directed him to Kyle, April’s boyfriend. “Give him a lap dance.” I commanded. He walked over and sat in his lap, moving his hips the best he could. Kyle groped at Andrews stuffed chest and shaved legs. He called him a dirty whore and filthy slut and pretty soon the whole room joined in.

After he seemed used to it I pulled it out, Telling him to turn over on the table. I took off the rest of his costume, exposing his now throbbing cock and balls. Everyone was still yelling slurs at him, as I ushered Kyle over. He unzipped his pants . “Open!” I demanded. As Andrew opened his mouth, Kyle stuck his hardening dick in. Andrew coughed and shook his head.“That is not fake!!!” He yelled “No it isn’t now suck”! I said removing his blindfold.

We all helped him off the table and onto the couch. He was sore from the beatings and so embarrassed he wouldn’t look at any of us. I helped him get dressed and brought him back home. ” I noticed you got really hard sucking Kyle off” I laughed. Andrew didn’t look up. “I think you did pretty good, but I still think I can do it better.” That did it. He looked up. I unbuckled his pants, explaining how wet our little game made me. He slid his hand up my skirt as I began sucking him off.

I think we both won this one.