Inside Courtney Kisses: The Inner Workings of One Busty Blonde 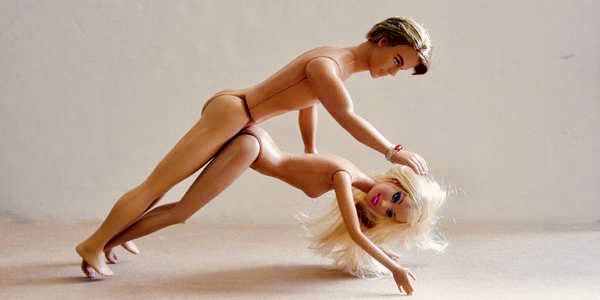 After watching the Two For One Busty Blondes debut, I set to inquire a deeper look at the film. Specifically, what was going on inside Courtney’s mind during the filming? How did she prepare for such a role? Are the rumors of her being the lone female star true, and if so, how did she feel with Summer Rhodes coming on last minute? Can fans look forward to a sequel? Here are some tidbits from my bimbtastic interview with the star herself. It’s time to take a different look inside Courtney Kisses.

Q: Courtney, what were your thoughts during filming?

A: Oh my God, I was so nervous! I had only spoken with my soon-to-be male counterpart over the phone for months before shooting! Once I was there I couldn’t believe how hot he was! Ben Bringcum is a sex GOD! My pussy almost couldn’t handle that massive cock. He was definitely inside Courtney Kisses! Did you see how much I squirted? There was so much liquid, I wasn’t sure where the squirt stopped and the tears began. I was begging for a break, but Ben is a method actor, he’s really the best.

Q: How did you prepare for your role as Klitty Fields?

A: Botox, botox, botox! I was poked and prodded for months at Ben’s request. We were smitten from our first text, and he had so much great advice! Tan, twice a day, with tingle lotion in BEDS ONLY. No tan lines here! Well, only the ones between my ass cheeks (giggles.) I waxed that pussy and bleached that asshole! A filler here, a filler there, give me a bottle of bleach and call me Valley! I might have upped my titty game for the third time, but no one’s counting! No reading, only reality TV shows for homework and Adderall for dinner. Inside Courtney Kisses may not be much, but the outside sure does sparkle!

Q: Were you surprised to see Summer Rhodes on set?

A: Well, even though I always look shocked because of the botox, I actually was this time! I was promised the solo female lead, and there was definitely tension between Summer and me because of the last-minute change. I wanted that bitch out! After punching her right tit and yelling at her about her botched boob job, Ben pulled me aside. He went down on me and made her follow. It was hard being enemies after she was inside Courtney Kisses! She made me cum so hard! We shared my squirt in a tongue-locked triple kiss, and I knew right then it was fate.

Q: Now that the world has taken a peak Inside Courtney Kisses, Can we expect a steamy sequel to your breakthrough film?

A: YES WE CAN!!! Oops, my agent just gave me a look! We were going to wait a few more weeks to announce it, but Surprise! There will definitely be a sequel and it’s called “The Wizard of Bras” You can look forward to seeing us get nasty and rub our tits together when we want to go home…

Interviewer: Ladies and gentleman I apologize for the interruption, It seems that  Summer Rhodes has made a guest appearance. She seems to be very excited to see Courtney and is well…taking her clothes off.  Now she seems to be getting on her knees and pulling off Courtney’s skirt…It looks like this sequel is setting out a bit early. Until next time! Thank you for watching Inside Courtney Kisses. Good night!

Like bimbos? Take a peek at Two For One, a sexy review of the busty blondes debut.