Incest: I drunk-fucked my cousin!* 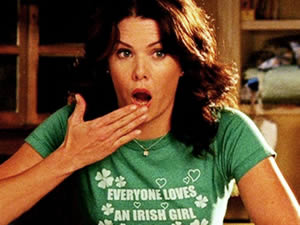 I never thought I would be able to say that I had experience with incest!

It’s not that I’m closed-minded to the taboo “incest” experience, don’t get me wrong. It’s literally that I don’t have any decent looking family members around here to fuck! We just had our annual family reunion, though and THIS year my cousins from Savannah came in for the first time in forever. I hadn’t seen my cousin Brandon since we were 12 years old!

My eyes were drawn to him against my will as soon as he stepped off the plane. I guess I must have changed a bit myself over the years because I immediately recognized the fact that he was staring at ME every bit as hard as I was staring at HIM! I mean WOW. Couldn’t believe that someone in my family actually created something THAT beautiful (besides ME of course!). When we hugged, a surge of electricity passed between us. I know he felt it too, because both of us stepped back quickly, embarrassed, or maybe just surprised to feel that chemistry with our own cousin!

When all the cousins started drinking around the campfire that night, incest was the furthest thing from my mind.

Aside from being gorgeous, Brandon was my favorite cousin because he was the coolest! Every once in a while, we would sneak away from the others. He’d pull out his one-hitter, pack it up with some BOMB ass dank, and we’d get stoned as fuck! Maybe it was the high-grade weed mixed with straight shots of Patron that helped push us over the edge! Eventually, all the other cousins had either given up or passed out. It was just myself and Brandon left. The mosquitos were feasting on me, so I innocently enough asked if he’d like to put out the fire and move to my tent, where we’d be safe from the spiders and bugs.  He agreed and started cleaning up the campsite and putting out the fire while I went to get changed.

I was staggering as I weaved my way to my tent, which was off by itself. My Uncle Joe snores like a freight train, and so does my dad. So I made sure that my tent was far enough away from everyone else that I wouldn’t hear the noise, light sleeper that I am! I quickly shrugged out of my clothes and took off my bra and panties, putting on an old white tank top and a pair of yoga pants. I shook out the sleeping bag to make sure there were no snakes, and I was finishing just as Brandon showed up. My tent has a skylight, so we popped it while we burned another bowl. We passed it back and forth in the darkness as we lay on my sleeping bag, looking up at the stars.

He had brought the bottle of Patron with him, so we could continue to drink, passing the bottle back and forth just like we had his bowl.

Things got a little blurry after that! I remember curling up close next to Brandon because it was cold. My eyes closed, and when they opened again. I became aware that someone was pulling off my clothes, hands all over my body as they did. I saw Brandon’s outline in the darkness and realized that it was my COUSIN pulling off my clothes and making my body squirm as he caressed me all over! Wanted to cry out for him to stop, but at the same time, his hands felt so good!

The thought was racing through my mind, though – this is wrong! This is my cousin! That’s incest! Then I felt his mouth wrap around one of my hard nipples as he squeezed my big perfect tits together. His tongue swirled expertly around it, teasing; then he began to suckle my nipple softly. His teeth tugged at it gently, and I moaned. My pussy soaking the crotch of my yoga pants with my juices.

No one ever has to know, I thought to myself. Just this one time. We’ll pretend it never happened. I reached down and slid my hand into his sweatpants and found a very long, very thick, very HARD cock to grip. He was huge! I had a feeling that, between his massive cock and the taboo thrill of fucking my own cousin, this was going to be one hell of an experience!

CALL ME.
I’ll tell you if my incest sex stories with my cousin were all I imagined it would be!