Incest is best with the Winchesters! ♕ 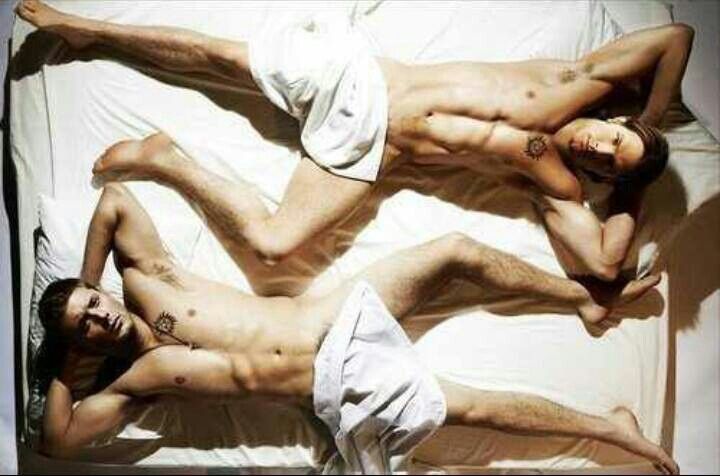 I have an obsession. I absolutely LOVE Supernatural.

Sam Winchester is absolutely adorable, Castiel is so cute but Dean Winchester.. Dean has my heart by the balls. He is tough, sexy, has beautiful green eyes, and makes me want to rip my clothes off and touch myself. But, I would fuck both their brains out! Let’s take a little trip to where the Winchester brothers are going next. And let’s see where this takes us on the road so far….

6 am. A black ’67 Impala. 2 brothers going to a town in the desert where they hear people are losing their minds and fucking all over the place and committing crimes everywhere.

“You know. Some people claim that they have seen a naked woman with blonde hair walking around at night. Just calmly walking the streets and never looking around, just straight ahead. I mean, theories are saying the woman makes people act crazy. But, never children act out. It’s only teens and adults. Kids say the adults’ eyes are black and they act like kids.” says Sam.

“Pfft. What the hell? So, some psycho is putting the whammy on poor suckers out there? Leaving their kids to fend for themselves?” Says Dean, with a pissed-off sound to his voice.

“Right! It’s nuts. I mean, there have been ancient encounters of these kinds of things before. People with black eyes, creating debauchery and anarchy. They called them Maenads. Followers of Dionysus, the God of..”

Sam looks up from his laptop sharply and stares right at Dean, “um.. yeah. Exactly.”

They arrive in a very small town in Arizona at about 8 pm. They find the spot near the main street, in the dark, waiting to see if this mad woman shows. Sam grabs burgers from the Jack in the Box and they chow down.. waiting patiently. At around 11:58 pm they hear ritualistic drumming and see a small flickering light in the distance. They watch as the small caravan got closer. There, in the front of the caravan was a blonde woman, stark naked, gently caressing her breasts and dancing. People begin piling out of their houses and ripping their clothes off shouting “Oh mistress mine! Oh, mistress Bailey! Let’s go fuck!” And the woman has them follow her down the road into the desert.

Sam and Dean look to each other and creep near them and follow them a couple of miles out into the hills, hide behind a small hill and see a giant bonfire, surrounded by tables of wine, fresh fruit and vegetables, and naked people EVERYWHERE. The blonde woman was in the middle, near the fire. With men and women licking every part of her body. Men lifted her up and spread her legs as they all drank from her smoothly shaved pussy. Her warm piss dripped from their chins. The Winchesters watched in wonder and both were getting very hard.

The woman was set down and smile towards the brothers. “Come closer, Sam and Dean.” They walked to her without thinking.. she had power over them. “I can tell that you like what you see, Winchesters.”

Dean snaps, “Yeah, but we aren’t falling for your crazy shit like these fools!”

Bailey smiles at Dean and kisses him, making him wrap his arms around her and she says “Fuck me, Dean. And I want Sam to join in.”

Sam and Dean’s eyes turn to black as they take her to a pile of clothing and lay Bailey down, spread her legs, and begin to lick her pussy…

For more interesting stories that fill your mind with kinky wonder call me! And we’ll have a fucking good adult chat with plenty of naughty things! hehe!