If You Give A Foot Fetish Crazed Pervert Your Feet, PART TWO ♕ 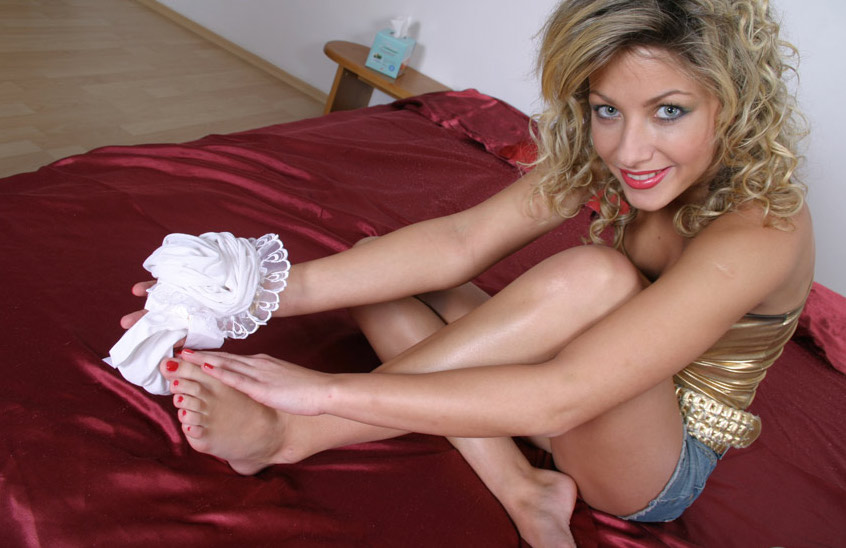 If You Give A Foot Fetish Crazed Pervert Your Feet

When he’s finished sucking on your toes, he’s going to ask for the massage oil. So he can keep massaging them. He’s probably going to ask you something like, “Does that feel good, baby?”

Once you say yes, he’ll probably look you in the eyes for a while. He’ll smile at you as he tenderly rubs all over your feet, watching how good he’s making you and your perfect feet feel. Once he sees how good he’s making you feel, he’ll probably wait for you to notice his growing hard-on. You’ll both smile and look at each other when you do, and if he’s feeling bold enough, he’s going to ask:

He might think you don’t know what he’s asking — but you do. And actually, you were anticipating it. You knew this was going to end in a foot job. Even if he didn’t know that’s what he wanted yet! Whether he did or he didn’t, it doesn’t matter . . . the foot job wheels have already been set in motion!

Once he asks that, you’ll coyly slide your oiled feet onto his stiffening cock as he kneels in front of you on the bed. You’ll start sliding your feet up and down, putting just the lightest pressure around his shiny hard-on . . . making his cock throb harder with every stroke of your beautiful feet.

When he starts worrying about whether or not you’re “into it,” he’s going to start thrusting harder into that nice hole between your slippery feet . . . and you’re going to tighten around him even more.

And then you’re going to feel his cock move even faster in and out of your lifted, pressed together feet — and you’re definitely going to feel it getting ready to explode everywhere.

He’s probably going to act a little sheepish, may be embarrassed that he enjoyed that foot job so much . . .

You think you should be embarrassed too, maybe . . . but then you’ll realize: fuck that! You’ll say, “That was fun, baby. We should do that again sometime . . . you know, like maybe . . . or whatever.” Both of you will be coy about how much you liked it — at least the first time, anyway.

And then you’ll both be so exhausted from the thrills of your first-foot job you’ll fall asleep . . . and (probably) visions of cum-soaked feet will dance in your head . . . and when you wake up, you’ll start wondering “Do I have a foot fetish?”