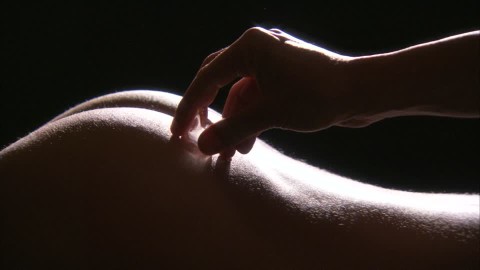 Ice torture makes my skin crawl and my body twitch in all the right ways!

I met him at the hospital not knowing what I was getting myself into. Keith and I had gone on a few dates but ended up being amazing friends more than anything. The best part about us was the sex we had. Always hot, sensual and mind blowing. Little did I know he had some amazing ice torture planned out for us today.

Once I got there he took me into a patient room and locked the door. It was empty of course! The perks of fucking a doctor is him knowing which rooms are empty and which aren’t. I loved the suit he was wearing today! Black with a handsome blue tie underneath…I was ready for him then! He threw me onto the cold sheets, took his tie off and tied my hands above my head so that I couldn’t move. He grabbed a pair of medical scissors and cut all my clothing off! Good thing I brought extras 😉

This is when the ice torture began! He grabbed ice packs out of one of the medical cabinets and activated the chemicals inside. He had PLENTY to cover my whole body in them. I could tell he wanted me shivering with desire for him! That didn’t take very long. He pulled me legs apart and slipped a few ice cubs inside my warm box. The didn’t stay solid for long.

He pressed his body against mine as he kissed my lips softly. My body was twitching uncontrollably now. I wanted his warmth on me so bad! He pulled the ice packs away and quickly replaced them with a warm oil candle. He dribbled the oil down my body before rubbing it into my skin. There were so many sensations going on at once I didn’t know what to do with myself.

He pulled two small vibrators out. One for my clit and the other to lay pressed against my asshole. He made me close my legs as he continued to massage the oil into my skin and kiss me deeply. Everything was twitching now. My pussy was experiencing so much pleasure I had no idea what to do. He pulled himself off of me and removed ever piece of clothing until he was naked. Removing the vibrators, and untying my hands I wrapped my arms and legs around him pulling him close.

His cock slipped right into my pussy! I could still feel the coldness from the lovely ice torture he’d done earlier. I held him tight and close until we were both on the edge of an orgasm. I pulled him tighter and he pressed his lips hard into mine. As we kissed and he moved his hips faster, we erupted at the same time. I threw my head back screaming in pleasure as he buried his face in my breasts. After we’d released every ounce of pleasure we had, we snuggled up in the bed and took a nap! That was the best days at a hospital I’d ever had!

Are you into Ice Torture or any other type of Fetish Phone Sex?