Humiliation: The 3 Inch Dick That Thought He Could Please Me♕ 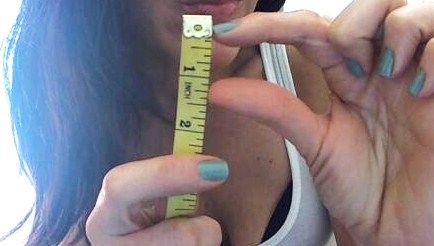 Humiliation: The 3 Inch Dick That Thought He Could Please Me

What can I say? In high school, I was kind of a slut. I loved to fuck all the cute boys and girls. I fucked most of the guys in my class. Well, it was kind of a small school but still. I loved how they all followed me around like sad little puppy dogs. Wanting to get a taste of my yummy pussy. I wore little skirts and thongs that gave me a camel toe and gave them a little show when I walked around. There was a few who I would never give the time of day but sometimes there would be that one that slipped in. And I was usually VERY surprised but pleasantly surprised.

There was a guy who was always asking me out. His name was Hector and he was pretty nice. He wanted to fuck me more than anyone at school. And I just kept turning him down, I may have been a slut but I had at least some standards. He was one of the many who followed my pussy like it was the fucking Holy Grail.

At a party one night I drank a few shots and then a few beers and maybe smoked some pot. I was happy and on cloud 9. Hector comes up to me and takes me behind this hill and tells me how he feels about me. I barely remember what he said but it was something along the lines of “Wahhh I think you’re so hot and all I want is to be with you wahhhh.” Some crybaby shit like that. Well, I guess I was horny… next thing I remember is grabbing him and making out with him. He was surprised.

We sat down on some rock slabs in the moonlight behind the hill.. he sucked my nipples and he was very good at it. Next, he was rubbing my clit under my short skirt and I was getting super wet. So, naturally, I go for his pants and unzip them. I reach inside and stopped kissing him and sat straight up. I started laughing my ass off and he was wondering what had happened, still trying to get me to touch his cock. Which was rock hard but… was only 3 INCHES LONG!

I keep laughing and a couple of my girlfriends come around the hill to find me laughing like a hyena. They look concerned and ask what is going on.
“His dick… Oh my god! Look at the thing! 3 inches! Ha ha ha ha ha ha!”

He looked at us all laughing at him and laid down feeling inferior. We walked over him and he was looking up all of our skirts. We just kept laughing and making comments about his shortcomings. I squatted over his face, my pussy right on his nose and asked him “Did you want to fuck me? Huh? Too bad, short dick. You can’t fuck me with that!” He took a whiff of my pussy and I felt him breathing harder and harder, his cock started twitching… he kept breathing my pussy in nice and deep.

Then, he came all over his pants. Humiliation to orgasm. I felt powerful and it was an awesome feeling. We all laughed at him and my friends walked away. He looked to me as I watched him try to clean the cum off his jeans and said in a small voice “I.. I had no idea that I liked that… I really did. Thank you. Yes… Thank you, Miss Bailey. Thank you for that. I deserved it.” I walked over to him and grabbed him by the hair and shoved his face into my crotch. He struggled to breathe while I was grinding my pussy on his face.
“You know you loved it. You’re such a little bitch, Hector.” And from then on he couldn’t help but want more from me.