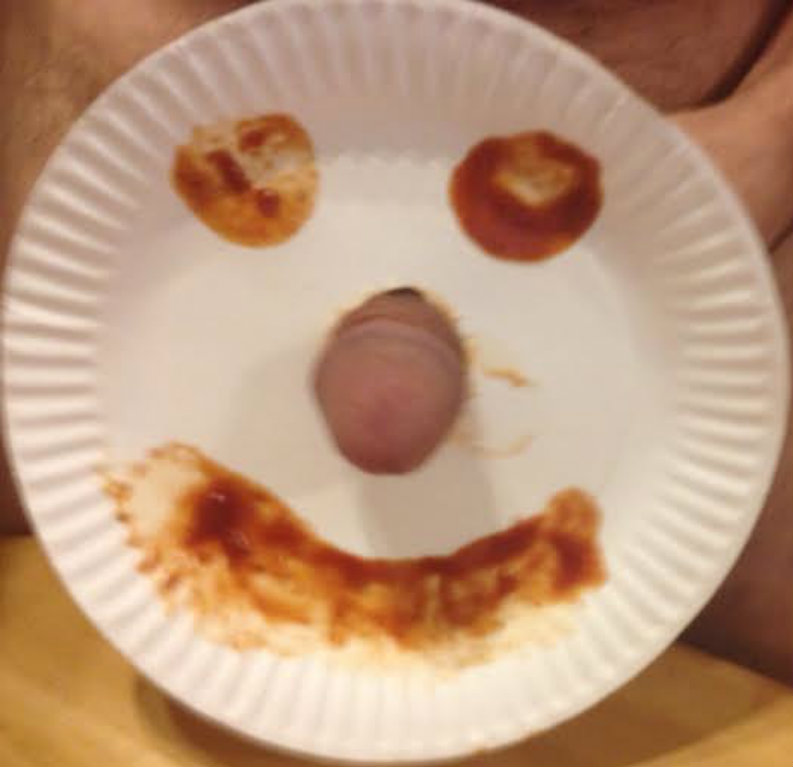 Let me tell you about “Ass Face”. Well, for starters, he is a loser. Not just a little bit of loser either. He is the QUEEN of LOSERS! Straight out of Loser-ville to be exact. Do you know this motherfucker called me twice to get a call in. First time I said no, second time I felt sorry for him. I decided to give him one chance to make his pathetic ass worthy of my attention.

I didn’t play nice. This was a no ” crawl around on your knees and bark like a bitch ” type of test. First impressions are always the best aren’t they? He introduced me to a toilet brush. At first I was like seriously, you want me to fluff your pillows too. I mean I didn’t say that but you know I was thinking it. I naturally thought that whipping him with the handle would have been sufficient. Turns out I had been mistaken. Barely made his ass pink. However, five hundred whacks to the ass with the bristles side did the trick for sure. It left his ass nice and rosy red for me. Plus had the perfect indentation marks. I deemed that a success for sure. It was quite pleasurable watching him squirm around as he beat his own ass.

I know you probably think that is pretty humiliating, but we had so much more fun. Ass face was getting a little hungry, so I decided to show him my hospitality and let him eat a snack. I like my bitches to eat on the healthy side. So, I figured a cucumber up the ass for ten minutes would be the perfect opportunity for nutritious snack! I was nice enough to let him take the plastic off. He could only eat like half of it before he begged to save the rest for dinner. I agreed, under one condition. He paint me a picture with his cock on his bedroom wall with chocolate pudding. He agreed.

He stuck the head of his dick in the cold pudding and slammed it against the wall. Made me chuckle it was pretty funny ha-ha! He was making little mushroom stamps for me. Although, it was funny to me it still was not enough to keep me satisfied. I demanded he smear that pudding all over his ass cheeks and stamp the wall with ass prints. It was a nice white wall. Perfect for a canvas. He printed the wall with his ass. Which was nice of him to do as he told. I mean he was really trying to be obedient. However, for some reason it just was not enough. I was still not satisfied. It needed one last finishing touch before it could be called art. I made him get on his knees and lick my name “Miss. Caden” in it. That was very satisfying for me.

I mean we did a bunch of other cool things for hours after that. Things such as, making him fuck a toaster, sweeping the floor with his broom up his ass, covering himself head to toe in vegetable oil, chocolate syrup, dumping his own piss on his head, then making him take a cold bath with a lovely shot of the dirty bath water as a finale.

It took a few more sessions before he had proved himself worthy. However, he finally managed to convince me to let him be my property!