Humiliating men can be highly entertaining under the right circumstances!* 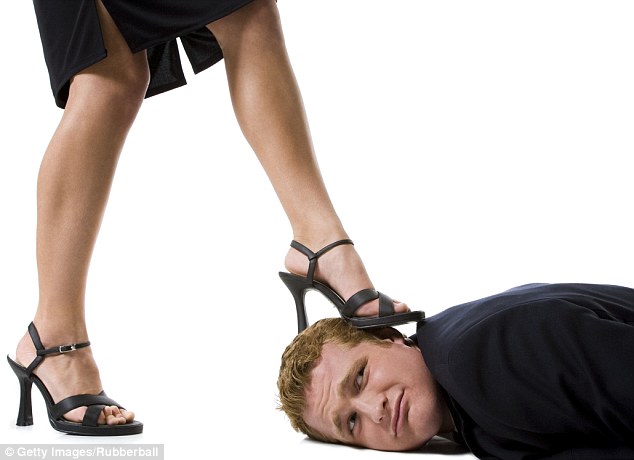 Humiliating men is not something I do on a daily basis.

Humiliating men is something all women enjoy doing on occasion, though. It can be great fun to break a man down and tease him without any mercy. Normally I’m a really loving and affectionate person, but once in a while, I like to be very mean.

This week was a milestone in my love for male humiliation. I was chosen to be a dom. Some awesome guy out there chooses me to be his dom and teach me how to do it. I humiliate men all the time, but being a dom is something special. I loved humiliating men before this, but now I love it.

We turned Skype on and I was immediately looking for ways to humiliate him. He was fat and hairy, so of course, I ripped him apart over that. I made him dress up for me in panties and put makeup on. He gave himself a makeover for me, while I watched him. His makeup looked horrible and I punished him severely for it.

I had him get out a large, plastic mixing spoon from his kitchen and beat himself with it. He slapped his ass, his balls, and thighs. All while I laughed and made fun of his pale, pasty skin.

Next, I demanded he put on some nipple clamps and he quickly ran into another room and came back with homemade clamps. Four clothes pins that he had tied together with a string. He put two on his nipples and two on his balls. He then took another string that was tied in the middle of the pins and tied that to his freezer door.

Then he opened the freezer door wide and then begged me not to make him slam it. There is no way in the world you can do that yourself while I watch and then back out before the grand finale. I commanded he slam the freezer door. As he did so the clothes pins all ripped off his skin and he screamed in pain.

His screams delighted me and I laughed till I cried. Then I made him do it again two more times!

We logged off the call after I made him jerk off onto his belly and rub it in his chest. He thanked me for the great night and I ordered him to call me in two days. As you can see, I love humiliating men. It’s fun.