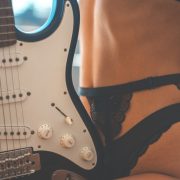 My older brother Mark brought his stupid new law school girlfriend to the house. Little did she know, Mark has the hottest little sister– me!

I heard that she was such a fucking prude. She was so rude to me because she heard the rumors about me being Mark’s number one girl! She didn’t even want to come to our New Years Fuckfest. In my opinion, that little bitch needs to learn her place and realize that she will never satisfy my brother the way that I can. I am the hottest little sister anyone could ever have. So, I took things into my own hands and tiptoed to his bedroom door and heard them fucking. Wow, even her moans were boring as fuck! I pressed my ear to the door and suddenly the noise stopped.

My brother could be heard begging for her to let him fuck her ass.

I was so shocked by what I heard her say. “Hell no!” she screeched, I would never ever deny my brother from fucking my ass. The fact that he even had to ask proved that his new girlfriend was such a prude bitch. That’s it, I heard enough, I then banged on the door and heard shuffling. I’ll show her what a true slut Mark deserves. As his hottest little sister, I am the only one that can truly please him. I peeked over his shoulder when he opened the door. His stupid new girlfriend covered her sad little titties with the sheets. Without a second thought, I took Mark’s hand and dragged him to my room.

His girlfriend had no idea what was really coming.

Once we got to my room, I immediately began sucking on his thick juicy cock. I could still taste his new girlfriend’s pussy juices on his cock and trust me, I know that I taste way better. I bent over the bed and wiggled my hot bubble butt in front of him. He moaned and praised me as the hottest little sister ever, but he had to get back to his girlfriend. Never one to take no for an answer, I knew he couldn’t resist my sweet ass. So, I licked my index finger and shoved it right into my pleading rosebud.