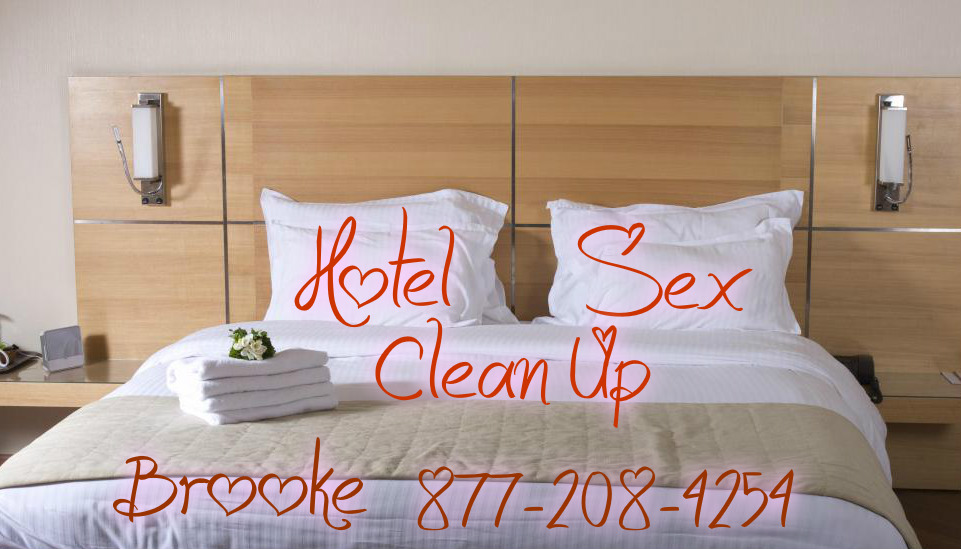 The hotel cleaning crew does such a thorough job!!

I was out of town visiting family and decided to stay in a hotel instead of in their house. I love my family but I can only handle so much time with them. So I figured that by staying in a hotel I could at least get my space at the end of the day. The first day there was insane! We had a huge family get-together with lots of drinking. By the time I left my sister’s house, it was well after 1 AM.

I don’t really remember much about getting to my room. I’d stripped off my clothes and passed out on the bed. I never even got under the covers. Then I was in such a deep sleep that when the hotel staff knocked on my door to freshen up my room I never even heard it. Thinking there was no one there they opened up the door and found me face down on the bed naked as the day I was born.

The guy that found me quickly closed the door but that didn’t last long. He went and told his friend that he worked with about what he had found and they both made their way back to my room. He knocked again not wanting to just open up the door in case I had woken up while he was gone. When I didn’t answer he slowly opened up the door and peeked inside. I was still passed out on the bed face down with my legs slightly spread apart.

He and his friend came into the room and quietly shut the door behind them. They moved to my bed and gently nudged me to make sure I was okay. When I made a little noise but didn’t wake they decided to have a little fun with me. His friend spread my legs a little and moved between them. He got on the bed just enough to bury his face into my pussy and started to lick up and down my slit. The other guy was feeling a little left out so he started to massage my ass cheeks while his friend ate me out.

Doing this caused his friend’s nose to become pressed up against my puckered ass. I let out a soft moan and began to press my pussy back onto his face. Thinking I was having an amazing dream my pussy became wetter and wetter. The quiet moans of appreciation just fueled them on even more. Taking out their cocks they pulled my legs so they could drag my body toward the end of the bed. With me still face down on the bed the guy that was licking my pussy started to slide his hard cock into my dripping cunt.

The two hotel workers took turns fucking me. When they had both released themselves into my tight pussy the guy that found me said, “We can’t leave her like this! If she knows something happened we are fucking screwed!” His friend told him that he was right and he had an idea. They worked with this guy that was so quiet. He was the biggest fucking pushover they had ever met. He sent him a text telling him to come to my room. With the hotel being an outside entrance to the rooms there weren’t many people around and the chance of getting caught was very unlikely.

As the shy guy showed up both of the guys that had just unloaded into me told him that there was a mess that he needed to clean up. He walked in the door and started to freak. They told him I was passed out and wouldn’t wake up but there was a mess in my pussy that needed to be cleaned or they would all be in trouble. He started to quietly argue with them being sure to keep his voice down because he was afraid that he would wake me up.

One of the guys grabbed the quiet guy by the back of his neck and moved him between my legs. He tried to fight them but as he got closer to me he didn’t want to bump into me too roughly and chance to wake me up. Finally, he gave in and started to lick up their mess. They let his neck go and just watched him as he lapped up every drop of their seed from my exposed pussy. He did an amazing job and didn’t leave anything for me to find when I awoke.

Little did they know I had woken up a long time ago but was totally enjoying every minute of them using me. I had never expected the hotel cleaning crew to be so thorough in their jobs! I have to say, they definitely know how to clean up some messes! So I can’t wait to see if I have the same guys on my next visit. That was one of the best hotel stays I had ever experienced. Would you like to know how the rest of my week’s stay went? Give me a call, I’d be happy to share!!