How To Have Hot Foot Sex Without Asking For It 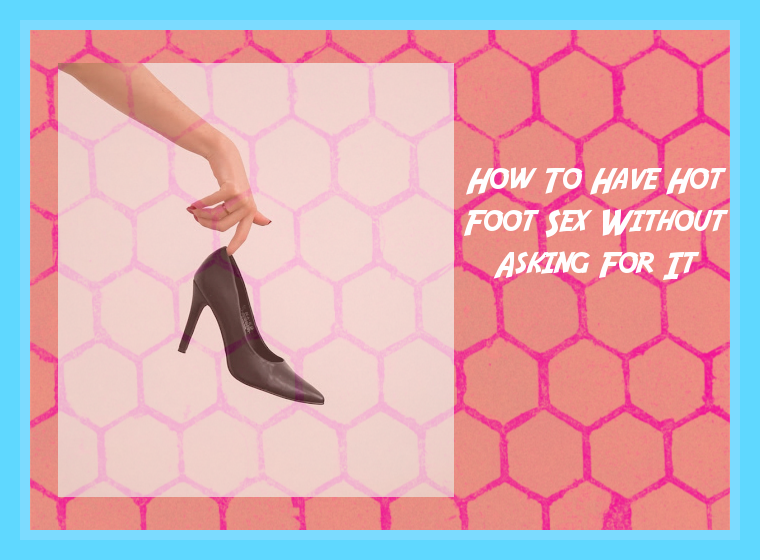 How To Have Hot Foot Sex Without Asking For It

Finding yourself entranced by sexy feet in heels?  You’re not alone.  Many men melt at the sight of a babe in pumps, but that’s not where it all has to end.  The truth is, heels were literally made to shape a woman’s calf into her most sexy profile.  Literally, heels were made to have people check out the wearer’s legs and feet!  So, you’re not a pervert for looking.

But why stop at looking?  Seriously!  You could go so much farther.  What about hot foot sex?  Foot jobs are very common among foot fetishists and a fun way to mix up the overused and boring hand jobs.  No one wants to do the same thing every time.  Why should you?  Monotony and monogamy both share one thing in common, and that it’s completely lame!

You want to have a foot job, and that is fine.  Don’t keep yourself away from your sexual desires! Indulge.  The real question is, how do you get one without asking for it?   The answer is really simple!

Women want you to initiate

Girls don’t want you to ask.  They don’t really want you to ask them to have sex, either.  Women don’t like to be bothered, and anytime one agrees to something nonchalantly, it is a safe bet she’s just doing you “a favor.”  You probably think this is fine because, in the end, you are still getting something out of it.  You’re mistaken, however.  This post is about getting hot foot sex, not getting decent foot sex.  I will not blow smoke up your ass and act as though this tactic really works.

Do you really want to know how to approach a woman and get good sex?  Do you really?  Make her think it was her idea.  Yup, it is that simple.  Much the same as how we get men to think certain trips, household purchases, and the like were their idea… this works the same on women for sex!

So when you see a gal with sexy feet in heels, don’t let the moment pass you by, but don’t ask her either.  You should trust me here; you won’t get anywhere with either of those actions.

Yet, I know it may seem impossible to get a girl to think it was her idea.  That, my friend, is where romance and charisma come in. Romance isn’t really about making women happy; rather, it flusters them and turns them on.  Think about it.  Women want to fuck the hunk in the rom-com for a reason, and though he may be sexy with abs, that’s not his top seller.  That comes from the gentleness of words, the right touch, and a killer attitude.

So, be nice and sweet.  Charm her and make her think how irresistible you seem.  She will think she is making a move jumping your bones, even though you’ve been prepping her emotions.

Next time you want a foot job, don’t ask.  Tell her how sexy her feet are!  Rub them and act like they are precious to you.  Don’t say shit like how good her feet would look around that cock, either.  That will freeze over her pussy faster than a chain company slushy.

For hot foot sex, you want to stay away from any action that will make it seem like YOU want it.  She needs to want it!  By making her think that you find her feet alluring, she will think of ways to make you feel good.   If she hears you saying how much you love her feet and you are tender with her, she will think about how much you might enjoy hot foot sex.  That’s it.  All her idea, not yours!  She will give you a passionate run, and you will get a quality orgasm.  Problem solved.

Never miss a new blog by following me on Twitter!