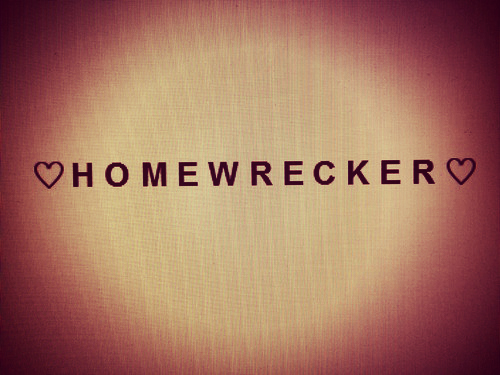 A little homewrecker fun for the family.

Homewrecker fun the way it should be done.. right in the family! Now, I never would have really thought of going for my sister’s husband and being a bad little tease, but he’s been playing with my head ever since I was little. He’s the really macho type, in control, head of the household type of guy. My sister is older so she fell right in line with him and it could have all been perfect, if it wasn’t for her disobedient little flirty sister.. me! Her husband and I clashed heads a lot, specifically when I was in middle school and she flew me out to visit her. I missed her a lot after she’d moved away with him, so of course I loved getting to hang around with them for a week! But then I realized, when she was out at work and he had the day off, he was singing dirty songs around me that made me feel a little awkward. I was still so innocent, I didn’t know how to respond. But I remembered all his subtle flirting with me, and my devilish side came out recently, now that I know exactly what I’m doing.

I started by wearing little short shorts around more often, specially when I know they’re visiting. Of course, it’d be too forward of me to wear shorts and skirts to their house in the middle of winter. But they visit me quite often and I make sure to swap into little skimpy clothes every time, because I know they won’t suspect a thing if they think it’s how I dress all the time! Oh, and the homewrecker fun’s only starting. He’s an electrician, do you know how easy it was to send him a text asking for help by saying the lights in my apartment kept shorting? My sister wouldn’t suspect a thing because I’m pretty much useless with fixing house problems.. So when he came over, the heels were out, the skirt was on, and I was using the excuse that I was going to go out to a party so he could spend as long as he needed. I gave him an extra key to my apartment.. And knowing that it’d take him at least an hour to try to figure out what was wrong with it and try to replicate the “problem” I was having – hint hint, there was nothing wrong. So I returned within 20 minutes and said I just wasn’t feeling it, the crowd wasn’t feeling right.

A few little glimpses of my thong, a few smirks, sweet talk, and the classic You’re so good with your hands.. line, and he was caught in my trap. “Are you coming on to me?” he asked, and I couldn’t help but give him a little smirk. “Would you hold it against me if I was?” And the rest was history. He pulled me up on the kitchen counter and started grinding against me, and I instinctively wrapped my legs around him, pulling him in just a little closer.. I guess I’m just a bad little girl, collecting on an old score. He’d wanted to play my game when I was too young, before I even knew it was my game, now it’s time to pay up..